OUR love of touch screen smartphones and tablets could be damaging the health of thousands of people, it emerged today.

Scots researchers have warned that microscopic particles used in the making of the devices pose a potential risk to the lungs if breathed in.

The team at Edinburgh University said the possible risk is to workers involved in the manufacture of touchscreen phones and computers. They said there was no evidence that users of the devices are in danger.

Millions of consumers around the world have embraced the touchscreen revolution, which means electrionic devices can be controlled with the swipe of a finger rather than using fiddly buttons and keys.

But Professor Ken Donaldson, chair of respiratory toxicology at the Edinburgh University, has identified a possible risk to health from nanoparticles used in touchscreen manufacture.

The tiny, disc-shaped particles are made from a substance called graphene and improve the conductivity of touch screens.

But the shape of the particles – which are an incredible one carbon atom thick – means they can act like Frisbees, staying airborne and beig breathed in by workers

Their microscopic size means they can work their way deeper in to the lungs than larger particles, increasing the potential for them to trigger serious illness.

Professor Donaldson said: “We need to further assess the potential hazards posed by nanoplatelets made of graphene and other materials, so that appropriate health and safety measures can be put in place for those involved in their manufacture.”

The study, which looked at the aerodynamic and toxic properties of graphene-based nanoplatelets, and was published in the journal ACS Nano, stated: “The atypical platelet-like shape of the GP [graphene nanoplatelets] particles attracted our attention as they may pose a new risk to the respiratory system after inhalation. Nanoplatelets exhibit specific material properties that could be important for biological interactions.”

It added: “Owing to their platelet shape, they have an exceptionally high surface area per unit mass which is much greater than that of graphite and of carbon nanotubes.

The lateral dimensions of a material play an important role in biological interaction and determine the nature and consequences of cellular uptake and subsequent clearance.”

It concludes: “They have the potential to cause adverse health effects and therefore warrant further investigation.” 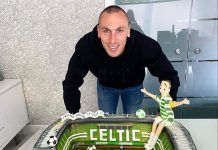