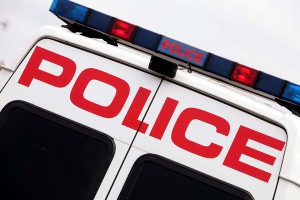 A GROUP of fishermen and a fish processing factory have been fined £960,000 for illegal overfishing.

The 17 vessel skippers falsely declared the quantity of fish they landed at Shetland Catch Ltd in Lerwick as a means of evading the annual fishing quota allowed to each vessel and Alexander Buchan Ltd assisted a different group of vessel skippers in making false declarations at its premises in Peterhead.

Also at the same court today, three fishermen pled guilty to making false declarations of fish landed at the premises of Alexander Buchan Ltd in Peterhead, the value of the fish being over £3.5 million.

Alexander Buchan Ltd’s plea of guilty had included the landings by these three vessel masters.

Additionally, Fresh Catch Ltd, a fish processing factory with premises at East Quay, Peterhead, today pled guilty to assisting vessel masters to submit false landing declarations of fish landed at its premises, the value of the fish being over £10.5 million.

Sentence on these six accused was deferred until 18 May at the High Court in Edinburgh
Speaking after the court hearings, Lindsey Miller, Head of the Serious and Organised Crime Division of the Crown Office and Procurator Fiscal service, said: “Organised crime takes many forms. These individuals may not have been involved in drug dealing or prostitution but let us make no mistake that they were involved in significant and serious organised criminality.

“Investigations are continuing into other landings and COPFS will continue to work with Grampian Police, Northern Constabulary and Marine Scotland to target anyone that would seek to flout the law.

“The legislation is there to protect the marine environment for the good of all and to safeguard the future of the fishing industry. These men disregarded it for their own financial gain and, in a clear example of successful working between the law enforcement agencies involved, have now been brought to justice and made to pay for their crimes.”

Detective Superintendent Gordon Gibson of Grampian Police, who led the police investigation, said: “The scale of crime committed by these individuals was at a level rarely seen before. The conviction and sentencing of these men today hopefully will send out a clear and lasting message that such criminality will not be tolerated.

“It was apparent during our investigations that these individuals totally disregarded any legislation to prevent this occurring and as can be seen from the landings made, they amassed huge sums of money through their own greed and today this caught up with them in a court of law.”

Cephas Ralph, Head of Compliance at Marine Scotland said: “Marine Scotland is determined to secure the future of the many coastal communities that depend upon Scotland’s seas. Anyone contemplating systematic law-breaking would do well to heed the warning and clear message contained within the sentences imposed today – that such behaviour will not be tolerated.”

Dr Mireille Thom, Senior Marine Policy Officer at WWF Scotland said: “We welcome the sustained efforts of the Scottish control authorities for demonstrating that such fraud won’t be tolerated. Deliberately ignoring quota rules by landing ‘black fish’ isn’t a victim-less offence. Such landings not only undermine the conservation of fish stocks and the fortune of the fleets that fish them, they also distort competition by depressing fish prices. In short, they threaten the public good for the benefit of a few.

“The changes made by Scotland’s fishing industry in recent years to help protect fish stocks, such as cod, through the use of innovative conservation measures have to be commended and encouraged to be developed further – initiatives a number of other European countries are now considering following.”