A “DESPICABLE” former soldier broke into the home of a retired businessman facing triple heart bypass surgery and struggled with him in his bedroom.

Robbie Morrison, 28, crept in to the property in Edinburgh in the middle of the night and demanded cash from 76-year-old Alan Saville.

The thug only left the house in the city’s upmarket Spylaw Road after the pensioner fled outside to summon help from his son-in-law. 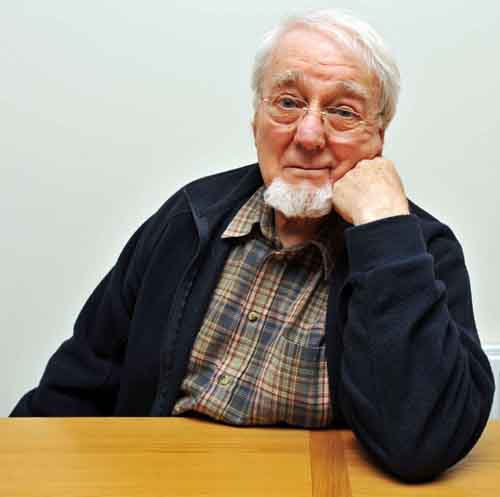 Brave Mr Saville told today how he tried to fight off the attacker – but added that he felt sorry for him.

At Edinburgh Sheriff Court yesterday (tue), Morison, 28, was branded ‘despicable’ by a sheriff after admitting breaking in and stealing the phones from Mr Saville.

He said: “The complainer was a 76-year-old gentleman who at the time was due to undergo a triple heart bypass.

“He had gone to bed as normal, when he was woken by creeping floorboards, which at first he thought nothing of.

“He then noticed there in his bedroom was the accused.

Mr Saville then tried to get the accused out of the house and there was a struggle between the two.

“The accused continued to demand that he be given £50,” said Mr Kirk.

“Mr Saville managed to get out the house and alert his son who was a neighbour.”

“Both returned to the house where the accused still was, and they managed to put him out and call the police.

“It transpired that all that was missing was two mobile phones with a value of £60.” 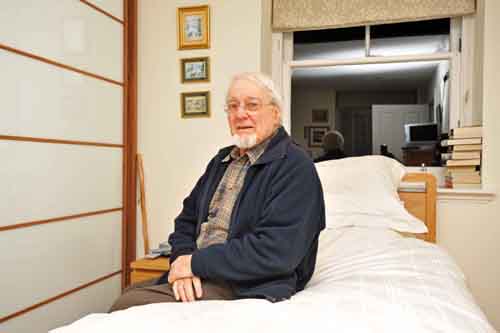 Sheriff Deirdre MacNeill said: “This is the most despicable type of event.”

She continued: “The commission of this offence involving the complainer in his own house, in his own bed is just despicable.”

Morrison’s solicitor John Good said the accused had served two tours of duty with the armed forces, and was ‘troubled’ by what he had done.

He said: “He was discharged for various reasons and he has not found his feet. He has fallen in with some bad company.”

Adjourning the case until 3 April for reports, Sheriff MacNeil said: “It’s difficult to see that there is any appropriate disposal other than custody.”

Speaking after the case, Mr Saville said Morrison went into his bedroom after coming through the front door while he was asleep in June last year.

After being woken by creaking floorboards, he saw his bedroom door open, and was shocked to discover the former soldier lying on the floor next to his bed.

Describing his initial struggle with the attacker he said: “He was right next to me beside the bed. 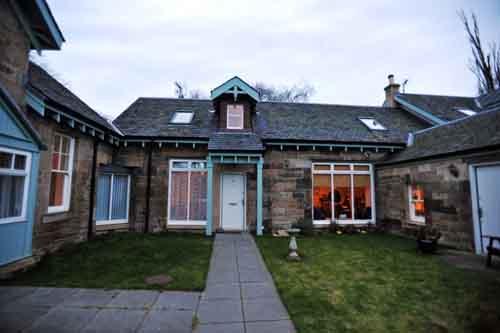 After struggling with the intruder, Alan was able to escape the house and alert his son-in-law Antonino Allenza, 56, who lives across the road from him.

The pair returned and were able to force Morrison out of the house, though he tried to enter again in by sticking his arm through the door.

Mr Saville said Morrison was armed with a blade, and left blood all over his house and on the front door.

He continued: “My daughter was watching the event from across the road, she phoned the police. She saw this guy trying to clean the blood from the door using the doormat.”

The blood was later used to trace back to Morrison, the court heard. Police also found one of the mobile phones in his house.

Mr Saville, who is recovering from his heart surgery, said: “I understand he spent four years in the Army.

“I felt sorry for him in a way because he obviously hadn’t settled down to civilian life, I don’t think he had a job.

“We formed the opinion, rightly or wrongly, that he was pretty high on drugs when he came in.”

Alan added: “If he can be prevented from doing it again that’s the main objective. I hope he learns from whatever punishment he gets.”