THE NSPCC is calling on the Scottish Government to strengthen its commitment to early intervention by putting Scotland’s youngest children at the heart of its forthcoming mental health strategy at a conference in Glasgow today.

More than 150 social workers, health professionals and academics are gathered in Glasgow today to hear from international experts in infant mental health Professor Charley Zeanah from New Orleans and Professor T Berry Brazelton from Harvard University speak at the NSPCC’s conference, Helping children living with a high risk of harm.

As new figures show that the number of young children taken into care is the highest for more than ten years, the NSPCC says that the impact of abuse and a lack of stable care on children’s mental health is a growing problem for the whole of Scotland. 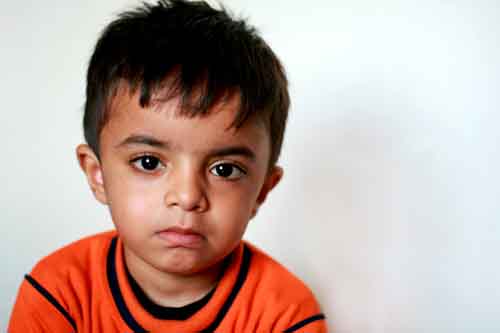 Professor Julie Taylor, the NSPCC’s head of strategy and development for high risk families said: “Abuse and maltreatment can cause significant trauma for children. Being then separated from your family and home can exacerbate this trauma and leave a young child feeling confused and unloved.

“Looked after children often move repeatedly between different foster care homes and their birth family before a decision can be made about what is in their best interests long term. The lack of a stable attachment to one or two caregivers that a young child knows they can love and trust can have a profound effect on their developing brain.

“This does long term damage to an individual child’s mental and physical health.

“The effects of this damage can be felt across society. Early maltreatment can lead to later problems such as conduct disorder in childhood, risky sexual behaviour in adolescence and problems in adulthood. But this isn’t inevitable.

“If we can help children overcome these adversities they can do very well.  Infant mental health services are essential in helping children recover, but there are very few in Scotland.”

Across Scotland 16,171 children are looked after by local authorities, the number of looked after children in Scotland is now at its highest since 1981.

A recent Scottish Children’s Reporter Administration report found that it took more than four years for over half the children studied who were under the age of four to be placed in an environment where they had long term safety, security and stability.

Professor Charley Zeanah, who heads up the Tulane Infant Team in New Orleans said: “There’s a convergence of data from child development, neuroscience and economics that early investment in the earliest years of live has long term pay offs. Adverse early experiences can be overcome, but all the research suggests that the sooner we get children placed in loving and supportive environments the better for their long term well being.”

Matt Forde, Head of NSPCC Scotland said: “Infant mental health is the fundamental building block of any person’s future well being. The development of a new mental health strategy presents a golden opportunity for the Scottish Government to place mental health policy in the wider context of the early intervention and prevention that they so strongly aspire to.

“By investing early to improve the mental health of our youngest children, particularly those who have experienced abuse or neglect, we will give our most vulnerable children and Scotland as a whole a brighter future.”