The policeman’s brawl: novice boxer to take on heavyweight champion

A SCOTS police officer who has never boxed in his life was today warned he is risking death if he steps in to the ring with a former heavy weight world champion.

Lothian and Borders Detective Steve Livingstone is taking on Tim Witherspoon for a charity bout in Edinburgh next month.

But the 41-year-old officer has been told by amateur boxing chiefs that the fight is dangerous and should be scrapped. 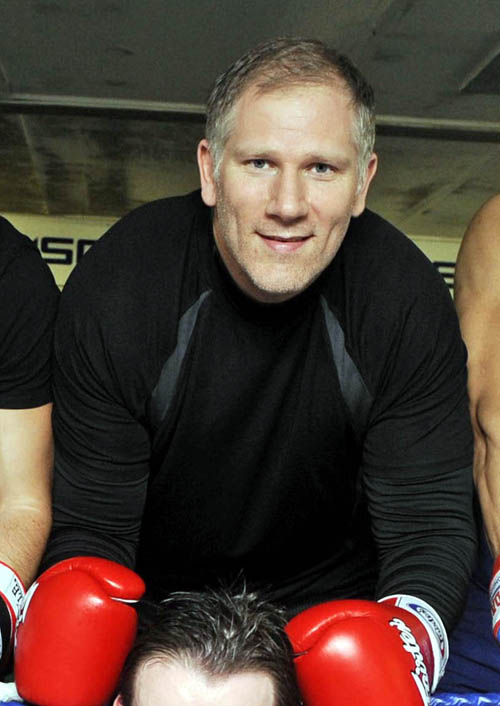 Steve Livingstone has been warned he will be risking his life

Amateur Boxing Scotland (ABS), who license amateur boxing events, are now calling on the Scottish Government to step in to stop the fight.

They have likened the event to “sticking up a tent in a car park and letting people beat the hell out of each other.”

Eight officers from Lothian and Borders police will take on fighters from the New York and Los Angeles police departments, as well as Witherspoon.

DC Livingstone, who is currently training for the bout, said: “I’m the crazy one that offered to do this. I’m 6ft 6in and weigh 330lbs, but I’ve never done any boxing before and I think I’m in for it.

“I spend my Friday nights now getting punched in the head.”

DC Livingstone said: “I was born and brought up in Gorgie [Edinburgh], but I don’t know if I’m tough enough for this.”

Richard Thomas, chairman of the ABS, said: “There’s absolutely no doubt that there are dangers involved in two people getting into the ring, one who is twice world heavyweight champion and the other who has never boxed before, without proper medical provisions on hand.

“We’re highlighting the [potential for serious injury or a fatality at this event.” 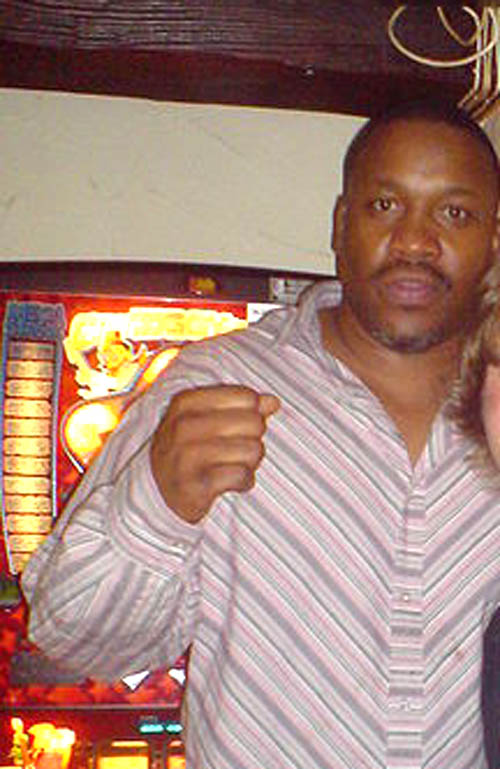 He added: “This event defied common sense. It’s ludicrous and dangerous. Witherspoon could easily render this officer unconscious. He could put him in a coma.

“Would the police allow someone to stick up a tent in a car park and have people beat the hell out of each other?”

He said he was writing to Justice Secretary Kenny MacAskill to seek an urgent meeting discussing the legality of ‘white collar boxing.’

The event has not been licensed by ABS, but police chiefs say the fight, at the Corn Exchange in Edinburgh, will be organised by the World Class Boxing Council.

But Rober Smith, secretary of the British Boxing Board of Control, also warned there would be ‘safety issues’ around the fight.

He said: “I’m surprised the police would become involved in an unlicensed event.

“A 41-year-old man with no boxing experience fighting a former world champion? The safety issues don’t bear thinking about”

A Scottish Government spokesman said: “We will be happy to hear Amateur Boxing Scotland’s concerns and engage with them on this issue.

“However organisers of sporting events are responsible for determining whether any permissions are required from the local licensing authority.”

The World Class Boxing Council is a sanctioning body which organises ‘semi-professional’ fights between police and fire brigade fighters.

Andy Foreman, the organisation’s president, said: “We provide paramedics at ringside and all the insurance and officials. Our referees are usually ex-pro referees.

“I believe the Witherspoon fight will be done as an exhibition bout, which is more of a sparring session.

“Amateur Boxing does a good job but I think they’re just trying to make waves.”

A police spokesman said: “To ensure the safety of all participants, the fights have been licensed by the World Class Boxing Council, who will provide the necessary health and safety advice, medical assistance, fight supervision and all relevant safety equipment.”