City cyclists will soon be able to rent bicycles as part of a new scheme to increase fitness.

A project to help Edinburgh residents get in the saddle could receive the green light next week as part of a bid to increase cycling in the capital.

The council have said that up to 200 new and refurbished cycles will be available, as well as safety gear, training and repairs. 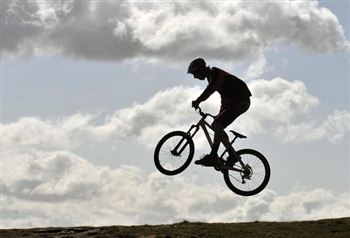 Bike hiring scheme will be launched in Edinburgh

Leasing costs could range from around £15 per month to £65 per year, giving users a choice on how long they want to try the scheme.

Transport convenor and chair of the city’s cycle forum, Cllr Gordon Mackenzie, said: “People who might quite like to cycle to work, or for fun, are sometimes put off by the upfront costs. This is about providing hassle-free access to bikes so they can see if it’s the right option for them.

“There’s still some work to do on the detail, but this proposal could really help encourage cycling in the city and would support our many other actions to make life on two wheels more attractive for everyone.”

Cllr Mackenzie added: “Our investment in cycle-friendly initiatives has now doubled, with 5% of the relevant budgets being dedicated to this form of transport, which helps reduce congestion, improves air quality and is often a great way to get around the city.

“Cycling in Edinburgh has increased by 25% over the last two years and we want to see that go up further.”

If the scheme gets the green light, commercial sponsorship will be needed to help fund it, and it could be managed in partnership with existing local organisations such as the Bike Station.

Bike Station board member Ian Maxwell, said: “The Bike Station is already putting large numbers of donated bicycles back into use in Edinburgh, and we would welcome the chance to help with all projects that encourage cycling in the city.”

More details on the scheme will be presented to the transport committee of the local authority in the summer.