An attempt to break the Guinness World Record for the most people running in kilts, will take place this summer.

Scots runners will try to break the original record set by Canadian runners in Ontario, which saw over 1089 kilted enthusiasts pounding the pavements.

The attempt will made along the River Tay, in Perth and will be take place on the Queen’s Diamond Jubilee weekend. 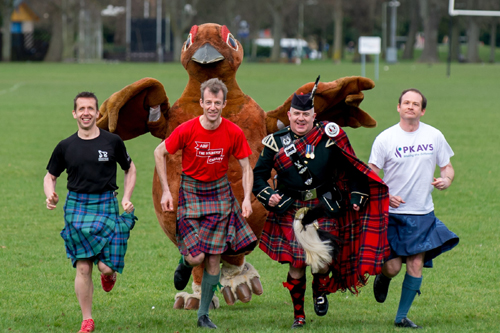 Perthand Kinross Provost John Hulbert said: “We’ve had a great response so far but we still need more people to sign up to help us break the record. Our Canadian friends have set the bar high with an official record of 1, 089 people to beat – let’s make sureScotlandbeats that number!

“The event will provide something for everyone. Local people will be able to bring their families and enjoy a picnic and entertainment, visitors from near and far will seePerthshowcased with the spectacular parade and we hope to make our name world-wide by breaking the kilt run record.”

The run, sponsored by the Famous Grouse, will take place along the River Tay and will link between the North Inch and South Inch parks in the city.

The event will raise funds for two good causes – ABF The Soldiers’ Charity, which assists serving and retired servicemen and women and their families, and PKAVS, which supports vulnerable people in Perth and Kinross.

Helen Mackinnon, from PKAVS, said: “It’s great news that Perth Kilt Run is going to be one of the major events within Perth’s Jubilee celebrations. 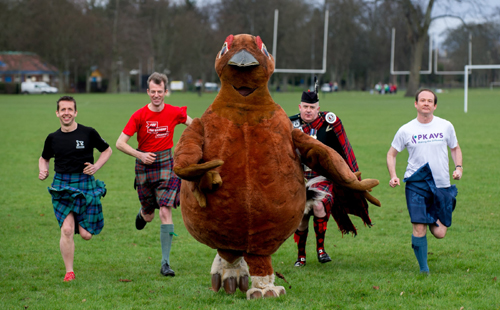 “The event should be a fantastic day, showing Scotland at its very best. Money raised throughout the day will make a huge difference to some of the most vulnerable in our society, for example 11-year-old young carer Katie who spends much of her time helping to care for her younger brothers who have autistic spectrum disorders.

“The charities urge everyone to get involved, enjoy a fantastic family day out and be a part of breaking a World Record.”

Charles Dunphie, from ABF The Soldiers’ Charity, added: “We’re hoping to see loads of different tartans out on the day. It’s going to be really interesting to see which tartan has the most runners.

“I really hope people throughoutScotland– and further afield – get behind this event.

Dancing in attempt to break the Guiness World Record

Distillery offers chance to sample spirits of a different kind