Scots professor to be next President of leading suicide research organisation

A SCOTS professor will become President of a leading international suicide research organisation.

Rory O’Connor, professor of Psychology at University of Stirling has been elected to the position of President-Elect of the International Academy for Suicide Research (IASR), an international campaign to reseach suicidal behaviour.

Professor O’Connor is the first UK-based holder of the position and will serve on the board of directors for four years, with two years as President-Elect and two as President. 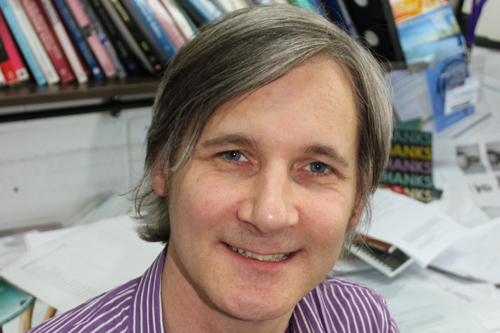 Professor O’Connor, who has been researching suicidal behaviour since 1994, said: “I am delighted to be elected President-Elect of the academy.

“Scotland is recognised throughout the world for its pioneering suicide research and prevention activities, so it really is a tremendous honour for me to be elected by my international colleagues to this office.”

He added: “Although there have been many important advances in recent years, our understanding of why people die by suicide and how best to intervene to prevent such tragedies is still fragmented.

“Given the scale of the problem –one million people end their own lives each year across the globe – governments, research councils and other funding bodies need to prioritise research into suicide and its prevention.

“We also need to enthuse and train the next generation of researchers and clinicians who will lead the fight against suicide in the decades to come.

Mr O Connor said he wants to tackle the global problem of suicide.

“Suicide prevention is everyone’s business, so I am keen to engage with researchers, clinicians, policy makers and anyone affected by suicide to tackle this terrible global problem,” he added.