Power station to close next spring

A SCOTS power station will shut down next year, it was announced today.

The station’s 100 employees were told the news today, but were assured that they would be re-assigned to new jobs within the company where possible. 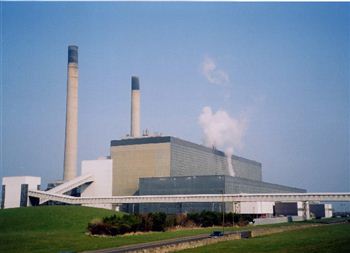 According to the energy provider, the 44-year-old plant will be forced to close because it does not meet European environmental legislation.

In 2008, bosses at the plant were given the choice to “opt in” on a scheme to reduce sulphur-emissions called the Large Combustion Plant Directive (LCPD).

But station chiefs chose not because it was over 40 years old and they believed it was “not the right decision to make.”

As a result, staff at Cockenzie were given 20,000 hours to cease operations under European legislation.

The final operational hours will be strategically managed and the station is set to close on 31st March next year.

Over 100 staff are employed at the station but they have been assured by ScottishPower that every effort will be made to re-assign those who wish to stay with the company to new jobs elsewhere.

The plant will now run at 550MW from April 2012 as part of its remit to manage the remaining hours.

Neil Clitheroe, CEO of ScottishPower Generation Holdings Ltd, said: “For over 40 years, the skills and experience of the team at Cockenzie has ensured that the Station operated in a flexible and reliable manner.

“Their hard work and dedication throughout these years has enabled the station to operate for more than 20 years beyond its design life.

“We will be working very closely with all employees at Cockenzie in the coming months and we are hopeful that alternative employment can be offered to all staff who wish to stay within the company.”

Once the hours have been complete, the energy provider plan to develop the large coal-powered plant into a gas plant.