A CHARITY which rents homes in the country’s most remote islands will introduce a “character test” to weed out those not cut out for isolated island living.

And after a string of complaints to the National Trust for Scotland from unhappy tenants, new assessments will be introduced to avoid tenants skipping out on their leases.

Stressed out urbanites looking for “the good life” in Iona, Arran, Canna and Fair Isle will all be assessed for strength of character, mental stamina and business acumen from now on. 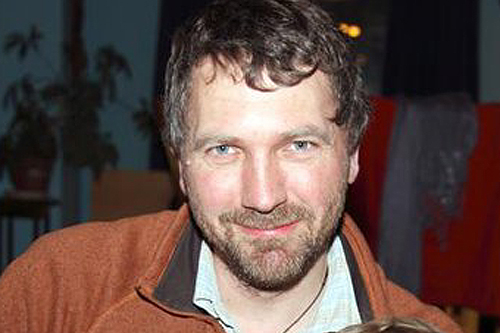 The Trust hopes that the screening process will educate “interviewees” on the harsh realities of island life.

The new assessments follow a public dispute from with couple Duncan and Alison Spence, who abandoned their cottage on Canna in the Inner Hebrides.

The couple, originally from Laggan, blamed their leave on NTS for poor management of their remote home.

But despite having spent time living off the coast of Papua New Guinea, the trust insists that the Spences could not cope with island life.

The charity said it plans to warn hopeful tenants that living in remote areas can be “intense” and that residents will need to be “more sociable” than they would be usually in the city.

Applicants will be encouraged to live in the property “in the depths of winter” with an option to opt out without penalty if they cannot handle the isolation.

Now, tenants sign a five-year lease and be can penalised a year’s rent if they leave early.

The arrival of the Spence family raised hopes for the extremely remote island, which has just 12 people living there.

But the dream-come-true plan to live on an island turned out to be a nightmare for the couple and their two children, and they left just five and a half months into their lease.

Claims have been made that arguments over low internet speed and problems with their part-time jobs forced the Spence family to quit the cottage.

Writing on her blog about their experience, Alison Spence accused the NTS of “dragging families” to remote areas, and “wrecking them.”

But they are not the only ones to buckle under the pressures of island living, as 16 people have left Canna in the past nine months.

Mrs Spence wrote on her blog that the NTS are to blame for the mass exodus of the island.

Television presenter Ben Fogle, who was marooned on the Hebridean island of Taransay for a year as part of TV series Castaway, has said that island living is not as dreamy as people may think.

“Islands are difficult places. It’s as much about the community as it is about isolated living. Many people find that hard – living in a place where everyone knows what you are doing on a daily basis.

“It’s tough, hard, boring and islated but if you can ride about that you can have the most amazing experience,” he said.

A spokesman for the NTS said: “more rigour investigation” will be applied to answers given by potential tenants in interviews.

“There is also the possibility of a probationary period,” he said.