In a landmark decision which could have profound implications for the property market inScotland, Dominic and Claire Taddei have been asked to pay the enormous sum by a construction company – despite not purchasing a house.

The couple could be landed with the massive bill after a misunderstanding about an offer they put in on a luxury property in Melrose in the Borders. 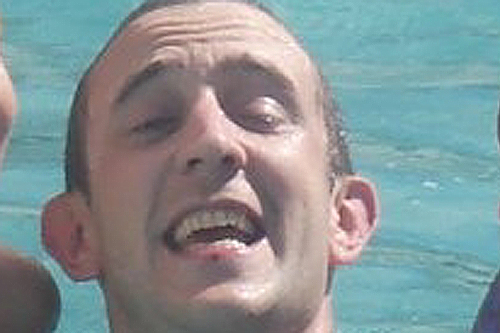 They believed their offer had not been accepted so they walked away from the deal – while the company selling the house believed the sale was going ahead.

And when the developers later sold the same property to a different buyer for a lower price, they sued the Taddeis for their lost earnings.

Experts yesterday said the ruling by a Scottish judge served as a stark warning to other would-be buyers about the unexpected dangers of negotiating to purchase a new home.

For the Taddeis, the case means they are facing a huge bill – without having anything to show for it.

Last night Mr Taddei, 34, who works for a mortgage company, said that what should have been the happy experience of buying a new home had become an ordeal.

The saga began when Mr and Mrs Taddei became interested in buying a new home at the exclusive Trimontium Heights development being built by Pinecraven Construction at Melrose in the Scottish Borders.

In April 2007, they selected Plot 25 of the premium site, which sits above the town among woodland with views stretching out across the local golf course.

Pinecraven offered to sell the spot, with its soon-to-be-built spacious, modern home, for £445,000 and gave the couple a two-week deadline to respond.

After 13 days, the Taddeis accepted the developer’s offer on the condition part of a clause relating to resale would be deleted from the contract.

The time limit – of noon the following day – passed without further correspondence, which the couple took to mean that their offer had become null and void.

Although a £5,000 deposit was paid, the buyers formally withdrew their bid in June 2008.

When Pinecraven demanded completion of the sale in December of the same year, the pair refused, saying there was no contractual basis for doing so.

Pinecraven Construction later managed to sell the property to another buyer but, as the UK property market slumped, the company received just £320,000.

Mr and Mrs Taddei, who have a young family, were then stung with court action asking them to make up the shortfall of £120,000 plus interest and expenses totalling more than £14,000.

They argued ‘no binding offer’ was made between the parties.

However, in a legal ruling in the Court of Session’s outer house, Lord Kinclaven decided in favour of the developer.

He ruled the term ‘qualified acceptance’ was no different from ‘acceptance’ and the couple had entered a legally binding contract.

Experts yesterday said the case served as a warning to other would-be buyers.

Senior property lawyer Ian C Ferguson at solicitors and estate agents Mitchells Roberton  said: ‘For buyers, this case shows how much can be lost.

‘It’s essential you know you can proceed with the purchase at the end, because if not the loss and damages can be huge.

‘When you sign a contract, or allow a contract to be signed on your behalf, it is legally binding and you really should have done your homework beforehand because if you don’t you might find yourself bankrupt.’

Explaining the ruling, Mr Ferguson said: ‘The essential thing in dispute in this case is a technical point over a time limit inserted in the builder’s offer to sell.

‘The couple’s argument was that it was a condition there had to be completed missives by that date and there wasn’t, therefore the contract fell.

‘But the judge’s decision was that a qualified acceptance could count as an acceptance for the purposes of that time limit clause.

‘This case sets a precedent as it’s got more prestige than, say, a sheriff court having made that decision because the Outer House of the Court of Session is a tier above, but it could still go to the Inner House and I suppose it could go to the Supreme Court.

‘At the same time it’s now an authority on that point where there was no authority before.’

Mr Ferguson said the case is likely to divide opinion among the legal profession but believes the payment of a deposit indicates the buyers felt missives were concluded.

Scott Brown, partner at Warners Solicitors and Estate Agents, said: “It is no wonder people do not take a risk on going after a property if they can lose so much if they can’t honour the terms of their missives.

“When the market was much stronger, people were very happy to take a measured gamble on buying first and then feeling very confident that they could sell their own property in good time to complete the missives.  But in today’s market, that risk is just too great.

“The case involving the Melrose property is thankfully an extreme example but it illustrates the sums that can be lost because the court can impose unlimited damages.”