GOLDEN EAGLE enthusiasts will be able to visit Europe’s first golden eagle observatory in the highlands later this month.

The nesting area of the golden eagles has been kept a secret for decades but now members of the public will be able to witness the raptors’ nests for the first time.

The £10,000 observatory is set to attract scores of eagle fans as they are promised a “front row view” of the continent’s biggest golden eagle population. 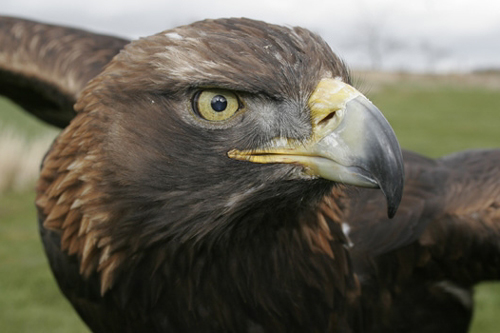 The modest observatory is built on Harris and is complete with panoramic views of the Harris Hills.

Inside the building will be interpretation panels giving information about the eagles, their identification and other wildlife in the glen.

And though the observation station will be open to the public, the North Harris Trust is not concerned for the safety of the wildlife in the area, including 13 nesting golden eagle pairs.

The trust, who commissioned the build, said : “We feel confident that even though we are attracting people’s attention to breeding eagles territory, there won’t be disturbances caused to the birds by persecution.”

Robin Reid, North Harris ranger and overseer of the project added that some of the eagles who nest on sea cliffs will be inaccessible to humans.

In February, Matthew Gonshaw became the fist person in Britain to receive a “wildlife ASBO” which bans him from visiting Scotland for ten years during breeding season.

Gonshaw had collected more than 700 eggs from endangered species, including golden eagles.

The trust expects the observatory to attract more visitors to the 25,000acre estate.

A spokewoman for RSPB Scotland said: “This is a great example of a community-led project that is committed to inspiring people about wildlife, something the RSPB strives to do on a daily basis.

“We wish the observatory and the North Harris Trust every success and hope visitors enjoy the spectacular sight of this majestic bird in its natural environment.”

In total, there are 442 nesting pairs of golden eagles soaring the skies of Scotland. 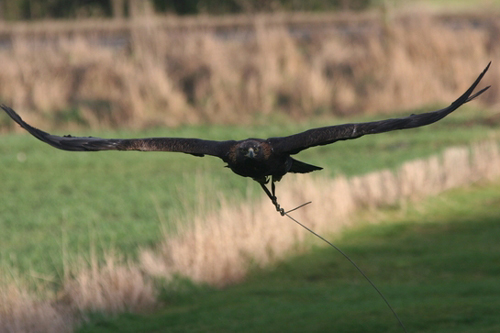 But in 2010, four golden eagles were found illegally poisoned.

Each of the four were young adults and were trying to establish territories in the east and south west of Scotland.

Scottish Wildlife Trust director of conservation Jonathan Hughes said: “Golden eagles are one of the great wildlife icons of Scotland, but due to habitat loss and persecution over several centuries they are now confined to sparsely populated moorland, mountain and offshore islands in western Scotland and Cumbria.

“The North Harris Trust’s observatory’s project is really inspiring. It will enable a much wider range of people to experience the thrill of seeing golden eagles.”