ANGLERS have been blamed for “ruining” the DNA of wild Scottish salmon by killing the best fish.

Dr Martin Jaffa, a supporter of the salmon farming industry, claims many of the best fish are killed by fishermen before they can pass on their DNA.

Dr Jaffa, in a controversial submission to the Scottish government, says as many as 350,000 potential breeding salmon have been taken by anglers over the past decade north of the border. 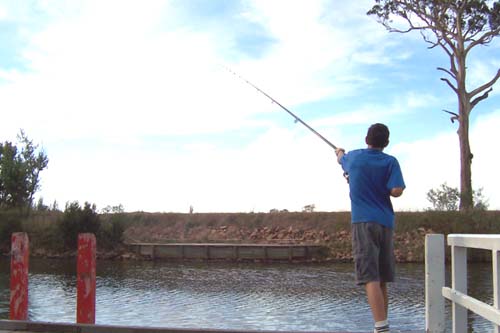 Dr Jaffa said fishermen took the best fish before they could spread their DNA  Photo:Fir0002

The Manchester-based fish farming consultant with Callander McDowal was responding to the government’s consultation on its aquaculture and fisheries bill.

Dr Jaffa said the weakness in the salmon gene pool – “genetic drift” –  identified by scientists was not the result of escaped farmed salmon and the wild fish interbreeding.

He said: “Genetic drift is caused by random events that occur by chance. As a result, some individuals have a greater impact on the population than might be expected.

“This is because other individuals might die suddenly and unexpectedly and cannot contribute to the ‘pool of genes’ of the whole population.

“In wild salmon populations, such a sudden and random loss might be associated with the catching and killing of salmon by anglers over the last 150 years.

“Over the last 10 years about 350,000 potential breeding salmon from Scotland’s rivers have been killed by rod anglers.

“This number would have been much higher had it not been for the recent introduction of a catch and release policy on many rivers.” 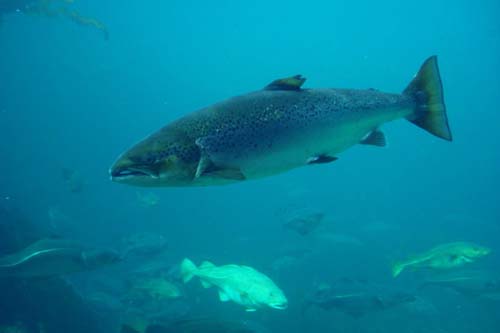 Anglers have taken around 350,000 salmon in the last decade  Photo:Hans-Petter Fjeld

Dr Jaffa based his conclusions on the Focus Atlantic Salmon Management on Populations Project (FASOMP), a Scottish Government funded study to produce a genetic map of wild salmon in Scotland.

It found genetic differences between fish from rivers Dee, Annan and Deveron were very weak.

Farmed fish interbreeding with wild salmon has long been a bone of contention between anglers’ groups and the fish farming industry.

Nick Chisholm, director of the River Annan Fisheries Board and Trust, said Dr Jaffa’s thesis was ‘quite bizarre.’

He said there was no doubt farmed salmon would breed with their wild cousins if they escaped.

He said: “A number of years ago some eminent scientists in Ireland did some work looking at the survival of fish-farm-bred fish in the wild and they discovered their survival rate…was a couple of orders of magnitude below that of wild fish.

“So if farmed fish get into a river and they breed with wild fish, you introduce these survival traits.”