A MUM whose teenage son saved the lives of five others after he died in a road accident has given her backing to a Scottish organ donation teaching pack.

Lily Turley’s son Daryl was 13 when he passed away in 2009, and Lily and her husband Davy made the decision to donate Daryl’s organs.

Today (Monday), Health Secretary Nicola Sturgeon visited Daryl’s old school, Holy Cross High School in Hamilton, to meet with some of his friends and to see teachers in action using the education pack. 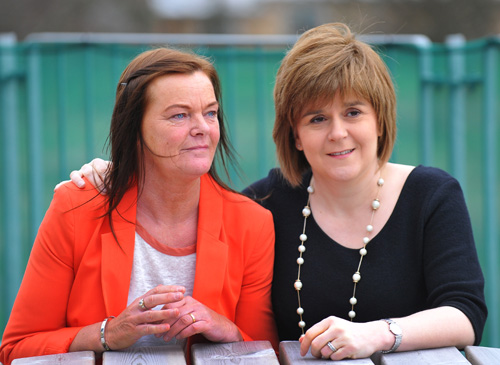 The pack, which was first issued in 2003 and revised in 2010, has been so successful that it is being re-launched and further copies are being distributed to every secondary school across Scotland from this week.

A recent independent evaluation of the pack showed that 98 per cent of teachers who have used the pack say it is relevant and engaging for students, while 88 per cent of pupils recognised the importance of organ donation and would recommend its continued use in schools.

Speaking as she visited Holy Cross High School, and met some of Daryl’s school friends who are now in fourth year, Ms Sturgeon said: “Losing a loved one, especially someone as young as Daryl, is a traumatic experience, and I am very grateful to Lily and the rest of Daryl’s family for sharing their story.

“No-one wants to think about their own death but it is important that young people throughout Scotland learn about the realities of organ donation.

“From the age of 12, they can decide for themselves whether they want to donate their organs in the event of their death. By raising awareness of donation and transplantation, dispelling the myths behind the medical science and discussing the ethics, we can ensure they are able to make an informed choice.” 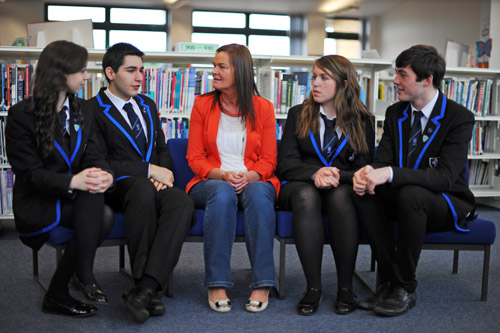 Lily discussed the pack with children from her son’s school

Lily Turley added: “Anything I can do to help raise awareness I do. It is important people understand organ donation and can make their own, informed decisions about it, even from an early age. We need to speak about it more.

“It’s the most devastating thing that could ever happen to a mum but when you are gone, you are gone, don’t waste those organs when they could help others. I’ve never, ever, had second thoughts or regretted it. I’m delighted the pack has been so well received by schools and is helping educate our next generation.”

Daryl’s family decided they wanted to be involved with the education pack to help more young people understand the issue.

To coincide with the pack’s re-launch, specialist nurses for organ donation will visit 100 schools across the country over the next few weeks to present the pack to them and to take part in question and answer sessions with pupils.

The pack, which was previously distributed to biology teachers and depute head teachers, is now being used in subjects across the curriculum, including  biology, personal and social education (PSE), modern studies, maths and religious and moral education (RME).

Lily Turley knows how difficult it can be to make the decision whether to donate the organs of a family member.

Fishing fanatic Daryl was struck by a motorbike as he crossed a road near his home in January 2009. He was taken to hospital locally but then transferred to the specialist head injuries unit at the Southern General Hospital in Glasgow where doctors tried to save his life.

Daryl had suffered severe head injuries in the accident when he was just 13 years old, and Lily received the tragic news that he wasn’t going to pull through. 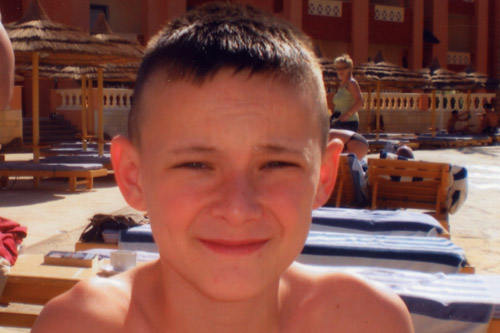 Lily, of Hamilton, Lanarkshire, didn’t want her son’s death to be in vain so both she and her husband Davy agreed to donate Daryl’s organs to help save the lives of others.

Lily said:  “I was at my work and I got a phone call from my husband to say there had been a road accident, Daryl had been hit by a motorbike. My immediate thought was is he going to be okay?  Davy said it looked bad. It was a head wound but doctors were trying desperately to save him. The next morning Daryl’s condition really deteriorated. His brain had swollen up.”

When doctors called Lily and husband Davy into a private room, they knew instantly it was terrible news.

Lily said:  “The doctor sat us down and said: ‘There’s nothing we can do to save Daryl. He is on a ventilator. That is the only thing that is keeping him alive’. I remember feeling it in my knees. I was begging him; there must be something. But he said: ‘There is nothing’.” 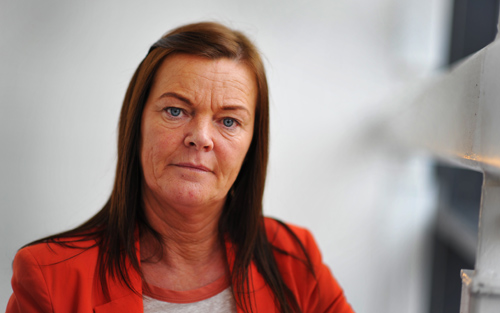 After giving the couple some time to come to terms with the news, doctors asked if they would they be prepared to consent to Daryl’s organs being donated.

Lily said:  Within minutes my husband and my older son and I had all agreed to go ahead.  Davy and I turned to each other and instantly agreed that we had to. After all, reversing the roles, if someone had come to us at that moment and said there was an organ that could save Daryl, we would have jumped at the chance.

“As our hearts died, Daryl’s gave life. It was a difficult decision made easier by the excellent transplant liaison team.”

Daryl’s heart, liver, kidneys and bowel were all transplanted, saving the lives of five others.

Since his death, Lily has also found comfort after meeting one of the patients who was saved when they received Daryl’s liver.

Cara Hearst, 20, from Belfast, was seriously ill with Wilson’s disease which caused liver failure and she was in hospital with just hours to live.

She received Daryl’s liver and in a Scottish first, met with Lily a year later after they started corresponding.

Lily said:  “Cara is my hero and I am just so glad she has made it. Daryl would be chuffed to bits, and I know he is watching over us and saying ‘Go girl go’.

“It’s nice to see someone who was close to death blossom, she’s got her whole life ahead of her now and that’s the benefit of organ donation.

“Nothing can replace the void of losing Daryl but it has given me a positive purpose in my life again.”

Lily now campaigns to raise awareness of organ donation and has helped develop and promote the education pack for schools to help young people understand the issue and prompt discussion.

She features in a short film included  in the pack which helps explain the organ donation process and why she agreed to donate Daryl’s organs.