AN Army museum has sparked anger by selling off exhibits on eBay.

The Highlanders Museum at Fort George, near Inverness, is selling heirlooms dating back almost two centuries to meet a £193,000 conservation bill.

Last year, Hollywood star Hugh Grant launched an appeal to raise money for the museum where he spent his summers as a child.

But it has now emerged that several exhibits, including old uniforms, have been sold using the online auction site. 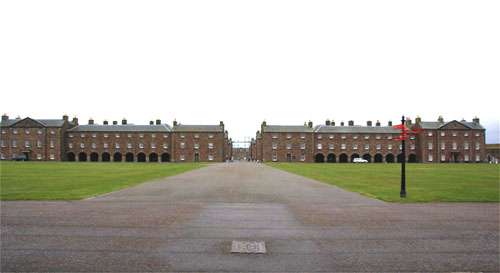 Some of the items being sold by the museum, which is based at Fort George, include uniforms and silverware  Photo:Otter

Other items, including regimental silverware dating back almost 200 years, will be sold at a traditional auction on April 10.

Also available in the controversial sale is a set of silver soup ladles priced at £225 each, one of which dates from 1820.

And among the personal items include is a cigarette case, said to be worth £150, which was presented by a Captain BD Hope-Dunbar for Miniature Rifle Shooting.

Former Colour Sergeant Kelvin Hunter, who served with the Queen’s Own Highlanders for 25 years, said he was “shocked and disgusted” by the sale.

The 62-year-old from Inverness, who worked at the museum for 12 years, said: “I should think the people who donated the stuff must be horrified.

“People I know in the regiment are all disgusted. It’s disrespectful to ex-servicemen and tacky.

“The museum has got a lot of old uniforms but I still don’t think that justifies them flogging them off.

“I thought that the job of the museum was to protect the stuff and keep it for posterity and future generations.”

He added: “It’s like they are selling off people’s history. People are going to stop donating stuff because they see the museums are selling it to make money.”

The regimental secretary, former Major Maurice Gibson, said: “ the items in the auction had been offered to other museums but failed to generate interest so were sold online instead “as a last resort”.

Maj Gibson said: “We have sold some items on eBay over the past two months such as damaged jackets, old sporrans, and spats.

“Many of these items – clothing, paintings and some old silver – have suffered abuse over the past 200 years and were stored in a locked cupboard for the last 60 years.

“They will never see the light of day again but with this sale, some people will get use of them and enjoy them.

“I do take the point that members of the regimental family feel this is doing a disservice to the families that donated their items.

“They need to understand the museum is a business and this needs to be done to keep it open.”

He said that the trustees had contacted the families to return items and offered them to other museums but they were forced to make the “difficult” decision to sell them on.

He added that the money raised would go towards conserving other articles in the museum.

“The money will not go towards carpets or wages for the new museum. This is a separate fund for conservation.”