GORDON Brown today warned the MoD not to let a Scots beach become notorious as the UK’s only area of radioactive contamination.

The former Prime Minister said it was time for the MoD to “make good the damage done in the Dalgety Bay foreshore”.

Mr Brown, writing in his local newspaper, said he had grown up just a few miles from the beach and did not want it officially labelled as contaminated with radiation. 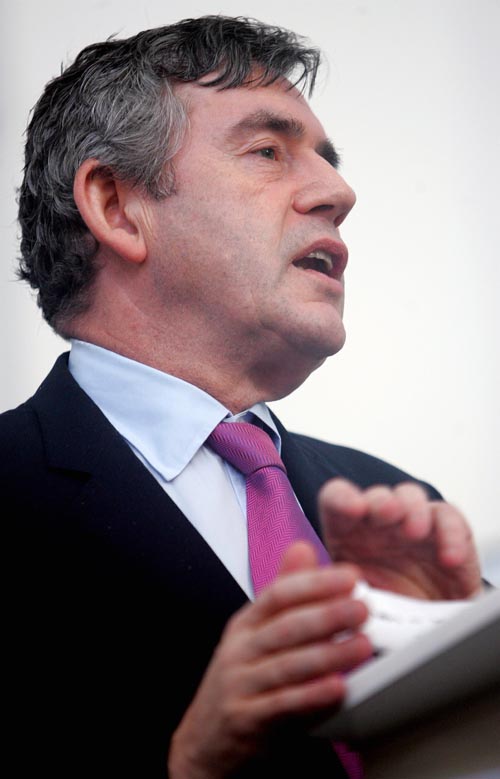 He wrote: “Next Monday I meet the Defence Secretary Phillip Hammond to ask him to take the action that will avert this misfortune.

“Understandably, Sepa [the Scottish Environmental Protection Agency] has threatened to declare Dalgety Bay radiation-contaminated because of the number of, and risk from, radiation particles discovered in the beach area.

“They have had to do so because they want action taken to deal with the dumping by the MoD of radioactive materials when the Donbristle airfield closed in 1959.

“There is a straightforward solution: the MoD, which is responsible for the contamination, should agree they will clean up the area and when they will do so.

“Then Sepa can withdraw their threat – and leave people in Dalgety Bay more secure.” 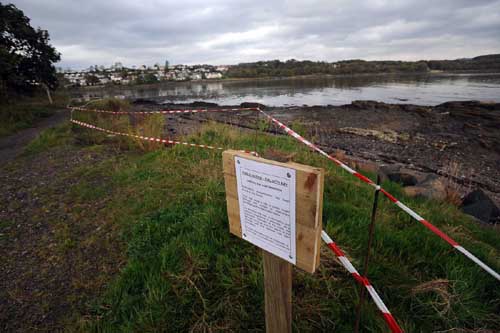 Radioactive particles were first discovered in 1990

He said he planned to pressure the Defence Secretary to put up money to fund the clean-up operation.

“What has been called a ‘remedial action plan’ is now needed for the area, and when I meet Mr Hammond I will urge the MoD to agree to fund it,” he said. “It will involve something more than just monitoring the site and regular surveys of the risks: it will mean funding the removal of the particles and the cleanup of the area.”

He added that uproar in the local community had already forced the MoD into action.

“Dalgety Bay residents have been patient, trusting that an answer can be found to a complex problem,” he said.

“In the last three months, as a result of our local pressure, the MoD have agreed to continue monitoring and survey work and they have now produced an investigation plan with its three stages of action. Now they will have to make the final decision; that they will fund the necessary remedial work on the site. 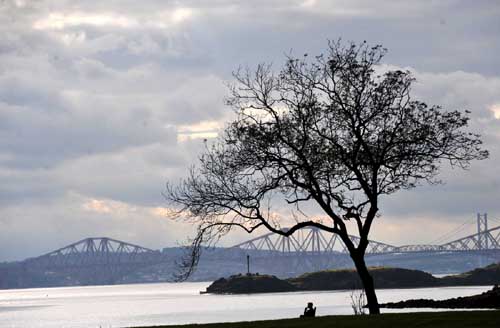 “In the last few months I have held a debate in the Commons, asked for meetings with ministers, put down parliamentary questions and met the community council. For decades Fife servicemen and women  have served the MoD.

“Now it is time for the Ministry to recognise the needs of Fife and make good the damage done to the Dalgety Bay foreshore.

“The very patient residents of Dalgety Bay deserve nothing less.”

The first radioactive particles were found at Dalgety Bay in 1990 and 1800 have been removed since then. Since September Sepa have removed more than 100 from near the footpath and from around the slipway of a local yachting club.

The debris is thought to originate from the dials of planes dismantled on the site.

Coated in the luminous, radioactive radium so they could be read at night, the dials were incinerated at the end of the Second World War and dumped in landfill to help reclaim part of the headland.

Surveys have shown the beach is being polluted by at least 100 particles a year, with Sepa experts believing that they are swept ashore from the headland by sea currents.