PEOPLE trading on the internet who haven’t paid all the tax they owe are being invited to take part in an online Twitter question and answer session by HM Revenue & Customs (HMRC).

The Twitter Q&A – HMRC’s first – is about the department’s online trading campaign.

It will take place from 3 to 4pm on 28 March. Details will be published in advance on HMRC’s Twitter account at @HMRCgovuk. 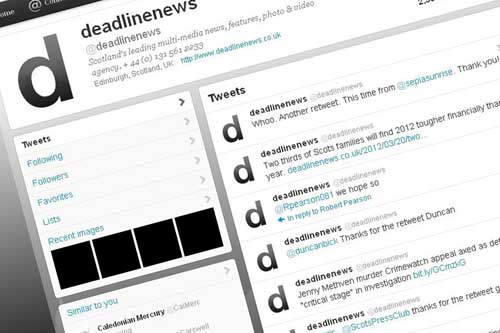 People trading on the internet who haven’t paid all the tax they owe have been offered the opportunity to come forward and pay up under an HMRC campaign, the e-Markets Disclosure Facility.

Under the time-limited opportunity, online marketplace traders can pay the tax they owe and benefit from lower penalties that are available to those who come forward rather than wait for HMRC to catch up with them.

Marian Wilson, head of HMRC Campaigns, said: “We want to help people trading online to understand when they need to pay tax, and how to do that. This Twitter Q&A will try to answer their questions and clear up any grey areas.

“Our campaign is part of a wider HMRC initiative to provide support and guidance to the public on tax evasion and is aimed at people using online marketplaces to buy and sell goods as a trade or business and who fail to pay the tax owed.

“Those who only sell a few items and who are not traders are unlikely to be liable to pay tax on what they sell, and will not be targeted by this campaign.

“Our aim is to make it easy for online traders to contact us and make a full disclosure of income, thereby putting their affairs in order.”

Under the opportunity, online marketplace traders can come forward at any time between 14 March and 14 June to tell HMRC they want to take part.

They then have until 14 September to give details of the tax owed and arrange for full payment, including any interest and penalty due. If they make a full disclosure of what they owe before 14 September, some will receive no penalty at all, with most receiving a penalty of no more than 10% of the tax owed.