The facility reopens fully to the public at 10am on Wednesday, March 21. 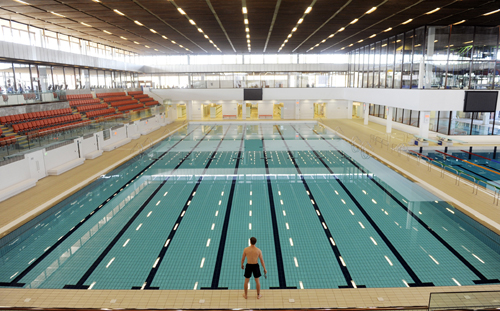 The RCP will host the diving events as part of the Glasgow 2014 Commonwealth Games and the British Swimming squad have selected the facility as the venue for their final training camp in July 2012 ahead of the London Olympics. 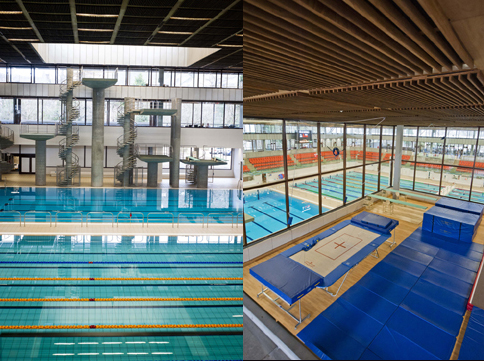 There was a synchronised diving display featuring Commonwealth Games athlete Grace Reid, who was also interviewed poolside by Scott Hastings, together with fellow divers James Heatly and his grandfather Sir Peter Heatly, who took part in the original opening ceremony of the RCP in 1970.

As part of the ceremony, David Wilkie swam the first breadth in the 50m pool alongside 30 children who won a competition run in a local newspaper.

He said: “It is a great privilege to be back at the RCP, considering that this is where I did a lot of my training when I was a schoolboy in Edinburgh. This is also the pool where I won my first international cap for Great Britain and won my first major international medal at the 1970 Commonwealth Games. 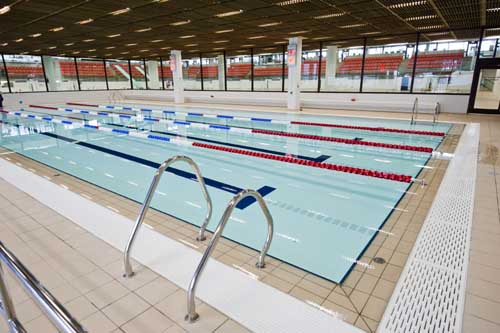 The teaching pool is another feature of the revamped pool 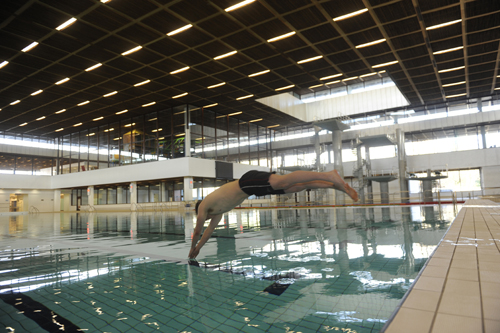 “I have some fond memories of the place. It’s great to see the ‘old lady’ reformed in all her old glory and to play a part in her reopening.”

Deputy First Minister Nicola Sturgeon said: “With five Scots swimmers already qualifying for the London Olympics and the 2014 Games less than 900 days away, there has never been a more exciting time for sport in Scotland.

“The reopening of this spectacular venue, which will host the diving competition during the 2014 Commonwealth Games, marks yet another significant milestone on the journey towards 2014. 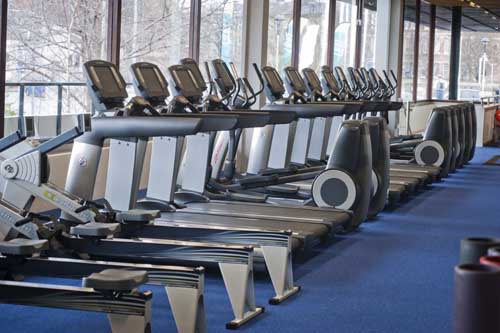 Fitness fanatics can swim and gym

“This world class facility will encourage participation in sport and physical activity locally and support elite athletes. The pool will also welcome the GB swimming squad for their final training camp ahead of the 2012 Olympics raising Edinburgh and Scotland’s profile as an outstanding place to stage major events.”

Deputy Lord Provost Rob Munn said: “The RCP’s refurbishment has been an incredibly complex engineering project. In just four months’ time, the pool will play host to the British Swimming squad as they make their final training preparations ahead of London 2012 Olympic Games. We now know that two Edinburgh swimmers will be among them: on behalf of the City of Edinburgh, I would like to offer heartfelt congratulations to Craig Benson, of Warrender Baths Club and Michael Jamieson, of the University of Edinburgh, whose success at the recent British Gas Swimming Championships 2012 saw them qualify.”

Louise Martin, Chair of sportscotland, said: “We are delighted to have played our part in bringing this exciting project to life. At sportscotland, one of our priorities is to promote the positive power of sport, and the extensive refurbishment of the Royal Commonwealth Pool will provide the people of Edinburgh, and further afield, with a world-class facility they can really be proud of.  Generations of Scottish swimmers learned their craft in this historic pool and now more swimmers – of all ages and abilities – have a fantastic opportunity to benefit from all that the revamped pool has to offer. 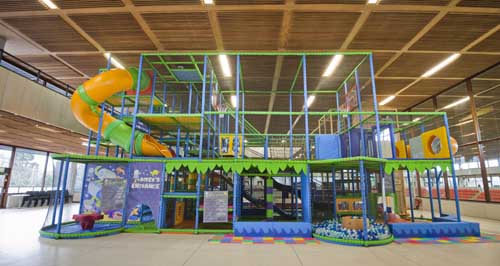 Clambers, a soft play area, will keep the kids entertained

“sportscotland has a close working relationship with City of Edinburgh Council, and we were pleased to offer advice on the design of the refurbishment and provide £5 million of Scottish Government and Lottery funding from our Sports Facilities Fund. The Royal Commonwealth Pool is now the ideal venue to host the diving competition when the Commonwealth Games return to Scotland in 2014.”

Edinburgh Leisure Chief Executive John Comiskey said: “The wait is finally over and Edinburgh Leisure is delighted to welcome back our customers, old and new,  to the much-loved Royal Commonwealth Pool once again.  We are incredibly proud to be managing this outstanding venue on behalf of The City of Edinburgh Council and have put in place an exceptional team of staff and programme of activities for all ages.  We are looking forwarding to delivering the highest possible customer experience in a safe and enjoyable environment to help all of our customers get active, stay active and achieve more.”

Michael Graham, executive chairman of GRAHAM Group, said: “Transforming the Royal Commonwealth Pool to provide a modern, world-class sports facility while protecting the legacy of such a well-loved Scottish landmark has been a showcase project for GRAHAM Construction.

“The extent of the redevelopment coupled with the historic nature of the building made this an incredibly complex project, but by applying precise planning and expertise, GRAHAM Construction is incredibly proud to have delivered an outstanding facility for Scotland and its sporting stars of the future.”

The new features sported by the revamped RCP include:

RCP REFURB: Some facts and figures