A WOMAN who went missing two weeks ago has still not been found.

Police are renewing an appeal for information on the whereabouts of the woman who went missing a fortnight ago in  Edinburgh.

Khalsoam Ali, known as ‘Kal’, was last known to have been at her home in Dryden Street on Wednesday 7th March. 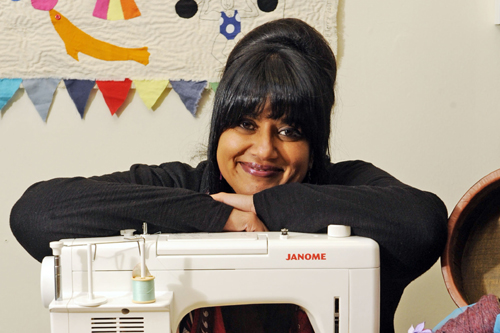 Khalsoam Ali, 40, above, has been missing since March 7

But family and friends of the 40-year-old have not heard from her since.

Officers are continuing to carry out inquiries in and around the Leith area in a bid to establish her movements since she went missing.

These inquiries have also taken officers to the Bruntsfield area, where she had visited friends before disappearing.

Kal is described as Asian, 5ft 4ins tall, with a medium build, straight dark brown hair with a fringe, a large freckle on her right cheek, and brown eyes.

In a statement released on behalf of her family, Kal’s sister Hazra Iqbal said: “Kal, if you are reading this we want you to know that we all love you dearly, and it doesn’t matter what has happened in the past, we just want you to come home, where we will be able to help you.

“Please find a way to let us know that you are safe and well, and if you don’t want to contact us then please let your friends or the police know that you’re ok.”

She added: “We are appealing to anyone who has spoken to or seen Kal in the last two weeks to contact the police as soon as possible.  We are all very worried for her, and we are desperate for any information that can reassure us that she is safe.”

Inspector Ian Davis said: “Kal has not been seen or heard from for two weeks now, and we are growing increasingly concerned for her safety the longer she remains missing.

“Anyone who has seen or heard from her since she went missing is urged to contact police immediately, likewise anyone who has any other information that can help us trace her should also get in touch.

“I would also like to appeal to Kal directly to make contact with police, family or friends as soon as possible to let us know that she is safe and well.”

Anyone with information should contact Lothian and Borders Police.