A SCOT has shed five stones after being told he was too fat to fit in a rollercoaster.

Mortified Graeme Crosbie was told his 21 stone bulk was too much for the standard seats on a rollercoaster at Universal Studios, Orlando.

So the 30-year-old from Dunfermline, Fife, was forced to sit in a special carriage for “oversize” customers. 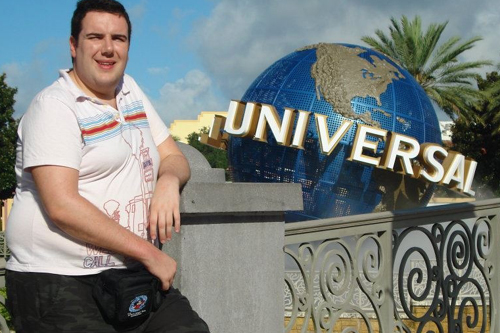 Graeme’s humiliation was such he managed to slim down to 16 stones in just 20 months, going from a 46-inch waist to 36.

And he even moved to a new job – running his own slimming classes.

Graeme said: “I had been overweight for most of my adult life and weighed 21 stone.”

He blamed his “desk job” and convenient canteen food for piling on the pounds.

“The weight crept up on me slowly over the years since I left school and started working full time at a desk job, where I had access to a great canteen. Eating convenience food became the norm.

“The final straw was being asked to move from the standard seating rows in Universal Studios’ rollercoaster to the modified seating rows – larger seats for larger people.

“I was mortified at this and it really affected how I felt about myself.” 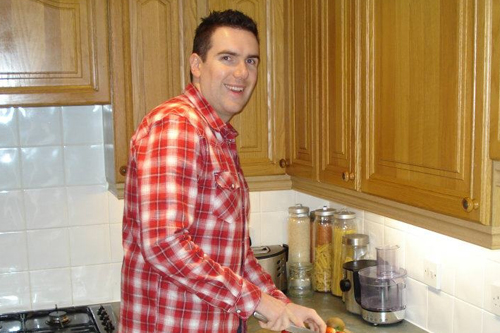 He added: “Like a lot of men I thought slimming clubs were only really for women and I would really be restricted in what I could eat, I was completely wrong.

“There was a broad mix of people attending the class, sharing ideas and supporting each other’s weight loses.

“I can honestly say I have never been hungry and have not had to give up anything I love.

“I’ve learned how to cook foods that me and my partner love in a very healthy way. A favourite of mine is a hot and spicy homemade chicken curry with loads of rice, onion bhajis, spiced onions and a huge helping of tomato salsa on the side. Plus I still enjoy a few beers with it as well.”

Graeme now attends the gym three to five times a week and has even signed up for snowboarding classes.