THE discovery of the bodies of 15th century monks has been described as “unprecedented” by archaeologists.

The monastic cemetery was uncovered earlier this week by contractors undertaking roadworks in St Andrews, Fife.

Experts working on the site have been excited by the find, which they say helps pinpoint the location of a friary lost during the Reformation.

They say the remains are those of Franciscan monks who once lived in the area, and have described the find as “unique” due to its town centre location. 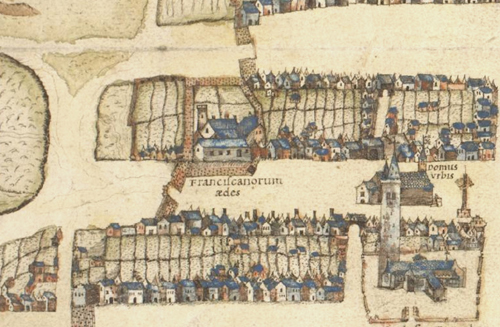 Fife council archaeologist Douglas Speirs, who has been trying to locate the monk’s burial ground for some time, has been excited by the find.

He said: “The general site of the friary has long been known but we have always wanted to pin it down and were hoping for a find like this.

“The graveyard would have been just for the friars, so I wouldn’t expect there to be more than 20, although we haven’t got access to all of it – we have found at least six sets of remains. 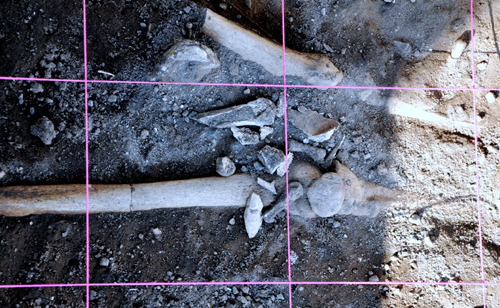 Six sets of remains, including these leg bones, have been uncovered

“They were Franciscan friars who were living and working in St Andrews, serving the spiritual needs of the people in the town.”

“St Andrews is a town of considerable antiquity so we always held the possibility of archaeological remains coming to light in that area as part of these works.

Archaeologist Steve Liscoe added: “It is unprecedented to find a burial ground right in the middle of town.

“If you start digging around near some of these churches you will find something but this particular discovery is quite unique.” 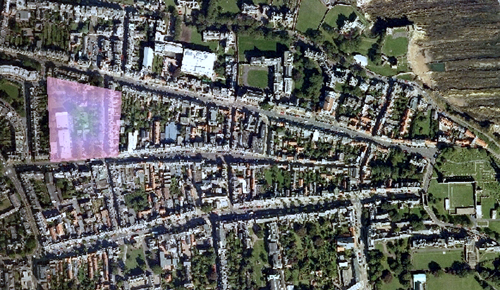 Mr Speirs said the find was most likely part of a cemetery that belonged to a Franciscan order. 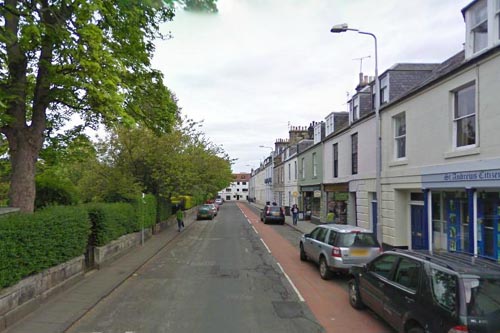 The bones were discovered as workmen dug up Greyfriar’s Gardens

William Speed, a general foreman for company undertaking the roadworks, was at the site when the discovery was made.

He said: “We had just lifted up part of the road when I noticed a couple of bones, and you could tell straight away what they were.”

“At first I wondered if they were human so we got in touch with the council and let them take over.”