TWO of Scotland’s top young photographers have snapped up prizes at a prestigious awards ceremony.

Parris Wilson (11), and Megan Robertson (14), have won the Scottish Civic Trust PhotoArch competition 2012.  Their winning photos were chosen from over 630 entries submitted by primary and secondary schools across Scotland.

Prizes and certificates for the winning, commended and highly commended entries will be presented by Derek Mackay MSP, Minister for Local Government and Planning at a special ceremony on Tuesday March 27 at The Lighthouse, Glasgow. 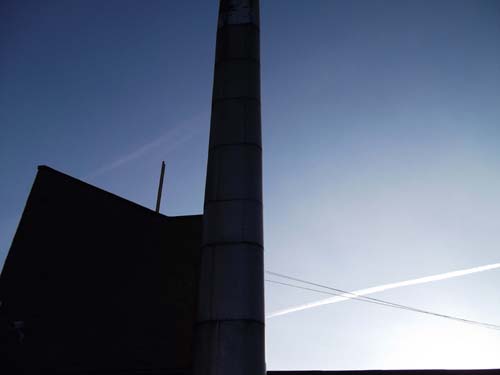 Judges thought Parris’ shot of her school’s boiler house, silhouetted against the sky was bold and unusual

Parris and Megan’s photographs, along with all the entries, will be on view to the public for four weeks at The Lighthouse, before going forward to represent Scotland at the International Heritage Photographic Experience exhibition in more than 40 countries.

PhotoArch encourages young people to take an interest in buildings, archaeology and heritage.  Sites under the lens have included everything from atmospheric ancient ruins to ultra-modern flats, spanning castles, schools, homes, shops, churches and factories, to name a few.

The judges thought that Parris’ shot of her school’s boiler house, silhouetted against the sky was bold and unusual.  Parris said: “I didn’t notice the cross shape until I was showing my photography to my teacher, who noticed it. I just thought I would photograph the chimney at school.  I didn’t expect to win!” 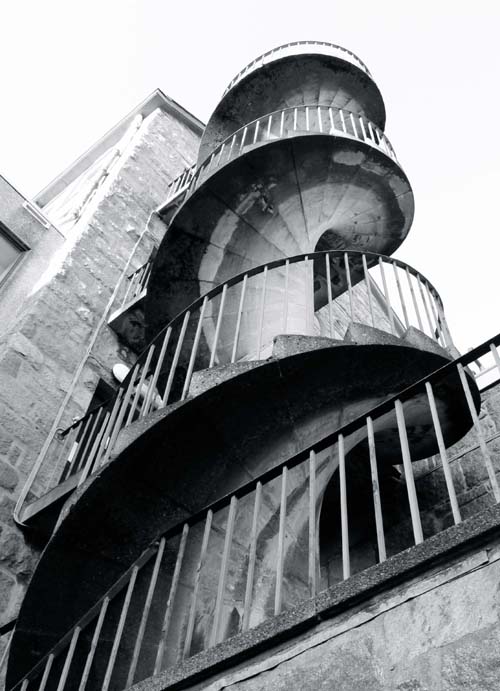 PhotoArch, which began in 2004, expanded last year to allow entries from secondary schools.  Megan, a pupil at Mackie Academy in Aberdeenshire, photographed a stairwell in Aberdeen University and impressed the judges with her striking composition.  She said: “I was having a little wander in old Aberdeen and when I saw this spiral staircase I wanted to go up it but I wasn’t allowed, so I had to think of a different way to take the picture.”  She added “I want to be a photographer now and on car journeys I keep seeing buildings and thinking they would make a good picture.”

Ruth Parsons, Chief Executive of Historic Scotland, said: “The breadth of imagination shown by the entrants has been exceptional. The PhotoArch competition clearly brings out the very best in our young people, inspiring remarkable creativity and offering new perspectives and new interpretations on buildings and monuments that have a special place in our communities.”

Ray Entwistle, Chair of the Scottish Civic Trust, said: “The PhotoArch competition is a great way to get children thinking about the places and spaces that surround them.  Once again, we had many excellent entries from pupils of all ages, showing originality, inventiveness and an eye for detail. PhotoArch goes from strength to strength with a record number of entries this year and submissions from both primary and secondary schools.”