CAMPING wild could be banned from some of Scotland’s most beautiful islands to prevent them being ruined by disrespectful partiers.

Park authorities are considering clamping down on “wild camping” on some of Loch Lomond’s most popular islands, to prevent them being destroyed by stag parties and anti-social behaviour.

The cluster of islands near Less, are designed as special protective areas for wildlife, including the dwindling population of one of Scotland’s most endangered birds – the capercaillie, of which only five remain. 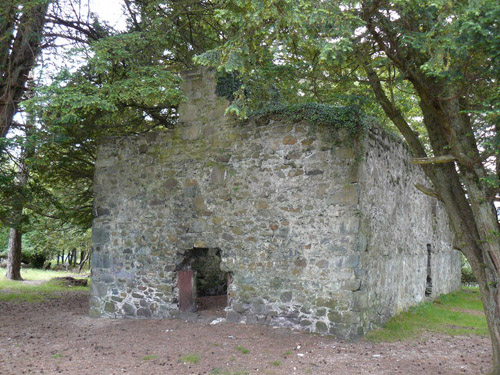 A ruined cottage on Inchmoan – one island affected by unruly revellers

But conservation groups warn they are battling against the chaos from “informal” campers on Inchmoan, Inchconnachan, Inchtavannach and Inchcruin. A bay on Inchmoan was even nicknamed “Giro Bay” by National Park chiefs.

Some revellers have been known to bring chainsaws to the islands to cut down trees for firewood.

A three-month long consultation will be launched tomorrow to review Loch Lomond’s bylaws. Among proposals is a ban on camping on the four islands during the summer out with designated camping sites.

The move follows the introduction last summer of a hefty £500 penalty for informal camping or consuming alcohol in a ten-mile stretch between Drymen and Rowardennan.

Grant Moir, the park’s director of conservation and visitor experience, said: “Conservation in terms of habitat and species is really important, but there is the other side which is people who are genuinely going out to these islands to enjoy a tranquil, relatively wild experience and you have got other people who are there for a party and it is a difficult thing to try and balance.”

Last year there was 1880 visitors to the islands, with 450 tents. Officials recorded 159 dogs let off leads and more than 200 fires during this period.

The islands are covered by Special Protection Area status and are home to important Scottish species such as osprey , otter and the capercaillie. It is thought the current capercaillie population has dwindled to just five birds, most likely because of being disturbed by people and dogs.

Simon Lewis, director of conservation charity Friends of Loch Lomond and the The Trossachs, said introducing a new bylaw was a “sensitive” issue, as generations have been able to enjoy camping on the islands.

He added: “Some of the behaviour by stag parties and others is unacceptable as they are spoiling the enjoyment of these special places for others, as well as disturbing wildlife.”