A TEAM of sniffer dogs used in Scots prisons is to be doubled in size.

The animals are used in jail to hunt out everything from drugs and mobile phones to knives.

The Scottish Prison Service is now asking Labrador and Spaniel breeders to nominate their pups to be part of the expansion. 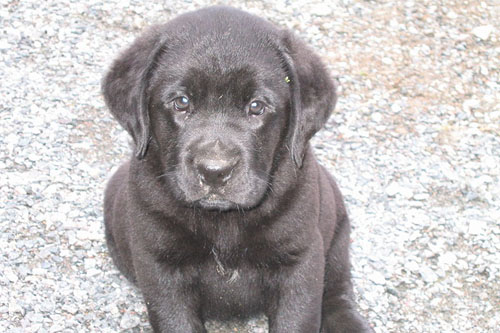 The Scottish Prison Service is appealing to breeders for suitable pups

It is understood the number of dogs will be increased from 12 to 28.

Prison officers will then train the dogs to sniff out banned materials.

Offenders have developed ways to try and smuggle contraband into jail, such as sealing it behind postage stamps, sewing it into clothes and having packages thrown over the walls.

He said: “we are looking for quite a few dogs, over a dozen across the service, and working dogs such as labs and spaniels are ideal as they are bred for a working environment.

“While we still have a national dog unit, and in the past we’ve had handlers going round prison estates, now we have increased the number of dog units at various locations.

“The dogs are there on a permanent basis, but they will be available elsewhere if needed.”

He added: The dogs are part of a general push to improve security in jail, and they will target drugs, mobile phones and other illegal substances.

“They are particularly useful when it comes to identifying contraband, and are used well in conjunction with new technology and intelligence.”

Officials hope that the dogs will also put off anyone who might try to smuggle banned items into prison.

Mr Fox said: “We also use them as passive indicators, so when people are coming into jails we can determine whether they have been in contact with illegal substances.

“They also serve as a very effective deterrent. When people see them they suddenly decide they’ve left something in the car.

“Previously we had the dog units go around the jails and arrive unannounced. Now we have dogs located at a number of our key establishments.

“After this drive we may build the number up even more in the future.”

Mr Fox said that often dogs would go onto become family pets after they retired.

He said: “They’re very good dogs and well trained, so there is a waiting list. The dogs have a limited working life, as all working dogs do, but they make excellent pets afterwards. It takes a while to get one.”