BOOKIES have slashed the odds on the record temperature in Scotland being broken this summer as the nation basks in an unseasonal spring heatwave. 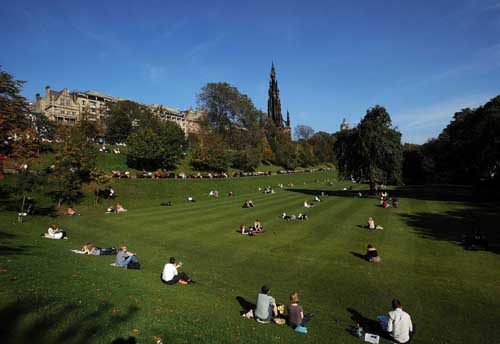 Bookies have slashed the odds on a heatwave

And with the glorious weather set to continue, Scottish firm, McBookie.com, reckon the previous record high of 32.9C (91.22F) at Greycrook, in the Scottish Borders in 2003, could be under threat.

McBookie.com spokesman, Paul Petrie said: “Nobody needs reminding that Scotland endured its wettest year on record in 2011 and we’d be delighted to pay out on the record temperature being broken in 2012.

“This latest hot spell gives us hope of a good summer and the chance of some new records being set, although we still think the 100F is unlikely to be recorded.”