Lucky driver walked away from THIS unhurt

A LUCKY driver – and his dog – walked away unhurt after his car overturned, crushing the front of the roof.

The male motorist and pet were able to crawl free from the silver Alpha Romeo with barely a scratch after the accident in Edinburgh’s Craighall Road.

Council worker Walter Cunningham, 46, was near the scene when the accident happened around 2pm today. 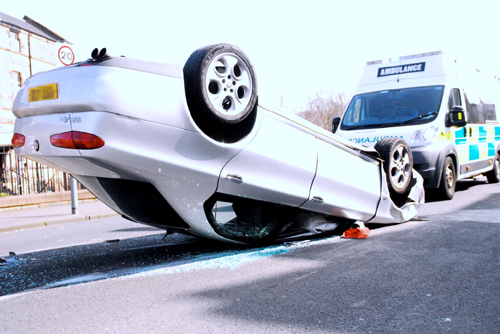 The driver and his dog both escaped from the crushed car

He said: “We were working up the road and we heard a bang. We looked round and the car was on its roof.

“I thought a dog had run out in front of him, but it was his own dog that had got out of the car.” 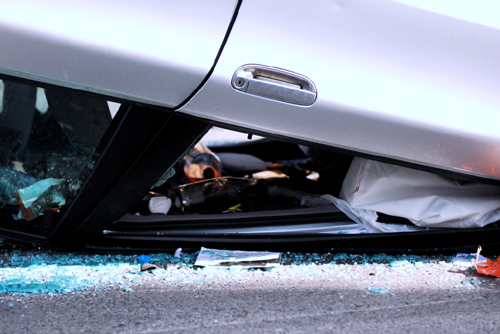 The contents of the car were thrown about by the impact

The 33-year-old driver was checked over by an ambulance crew before being released.

Lothian and Borders police closed the road for a time to allow recovery of the vehicle.