MORE than 20 emergency workers were sent out on a £4000 rescue mission – to find two boys on a drunken camping trip.

The 16-year-olds had taken their tents to Tentsmuir Forest in Fife, and are believed to have spent the day drinking, when one of them had a panic attack.

He dialled 999 complaining of chest pains at around 5am on Tuesday but ambulance crews were unable to locate them. 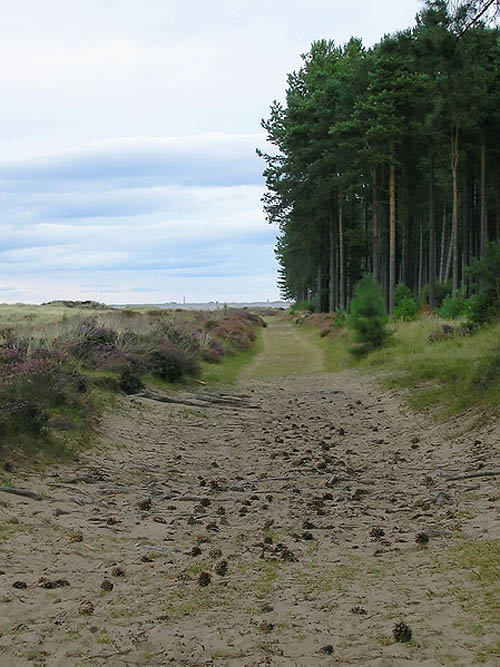 The boys had gone camping in Fife’s Tentsmuir forest area

A fire engine, which costs in the region of £270 an hour to run, was called in from nearby Tayport and crews used a thermal imaging camera to try and locate the boys.

After finding the pair, rescuers transferred them to a lifeboat which took them back to its base in Broughty Ferry, where paramedics checked them over.

Medics found he had suffered a “mild panic attack” and he did not need to attend hospital.

The entire operation may have cost up to £4000 and lasted for around two hours.

Today local politicians blasted the boys for sparking such a large-scale operation.

Councillor Maggie Taylor, whose ward includes the vast beauty spot, said: “I am very annoyed that these kids have wasted all this time and expense because of stupidity.

“At 16 you should have your head linked in enough and know that you don’t do bonfires down to Tentsmuir.

“I’m extremely annoyed at these kids wasting the firemen’s time, the ambulance men’s time and the lifeboat crew’s time.”

Alison Cairnie, who works at Camperdown Park in Dundee, said the boys had failed to act responsibly.

She said: “We wouldn’t advise camping on the beach like this with the danger of the tides.

“Only have a fire if you really need to and keep it small and try to have it somewhere where you won’t be damaging any trees.”

A spokesman for the coastguard was unable to give an exact cost for the launch of the lifeboat launch, but it’s understood that each vessel costs hundreds of pounds an hour to run.

However he said the scale of the operation was appropriate given the nature of the call.

He said: “You can’t really quantify it. The fact that one of them was complaining of chest pains means you’ve got to react.

“The fact that we have to task lifeboats was down to the nature of the event.

“The RNLI don’t mind what it is they are called to as long as they get used and not abused and you can’t really call it abuse in this case.

Four police officers, who earn up to £18 an hour, were sent from stations in St Andrews and on the coast to help in the search.

Both the £2million All-weather Lifeboat and the £39,000 inshore lifeboat were launched from Broughty Ferry at 6am and crews located the boys and brought them ashore near Dundee.

A spokesman for the Scottish Ambulance Service said: “We received a call at 5.09am to the vicinity of Tentsmuir Beach for a male complaining of chest pains.

“The coastguard picked him up from the beach area and transferred him to the Broughty Ferry Lifeboat shed where we picked him up but he didn’t travel to hospital.”