Homes under the hammer, ranging from £20,000 studio apartments, to a home valued at £410,000, failed to attract buyers at the first public auction held in Dundee in recent years.

Scots legal firm, Blackadders, who put 20 city homes up for sale, insisted the event was a “success” despite only one person putting in an offer. 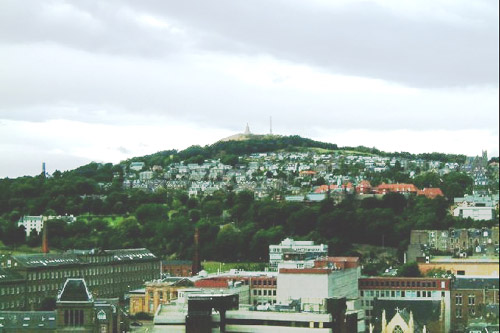 The public property auction in Dundee attracted just one bid.

The successful bidder was the only person to tender an offer at the event, organised as an attempt to enliven the local property market.

Blackadders head of property, Lindsay Darroch, said the event was a “positive” experience for the firm.

He said: “I thought before this started that if we sold just one property and generated a bit of interest then the auction would be worthwhile.

“Well, two apartments in a single lot were sold, 16 people registered an interest in coming along to bid for the properties that we had up for auction and something like 20 people came along to the auction, so I’d say it was a success.

“We definitely want to hold another auction of properties but will try to do it on a bigger scale. We’ll try to put more than 20 properties up for auction and try to book a hotel to hold it in to attract more people.”

Some properties were put to auction at well-below their home report value. Bidding for a studio apartment at Gowrie Street, Newport-on-Tay, started at £39,000, despite the property being valued at £57,000.

Despite the low take-up Steven Dewar of auctioneer Curr & Dewer, who conducted the proceedings, said:  “It was a positive experience in terms of the number of people who came along. Unfortunately only one person made a bid for anything but this is a new experience. People may have come along out of curiosity but now that word it out that properties are being sold by auction people will have a better idea of how it works and will hopefully want to take part next time. I think this is something to take forward.”

The properties were auctioned at Blackadders Property Shop in Whitehall Street and included four studio flats worth around £50,000 and single homes priced from as little as £20,000 right up to £410,000.

The 46-year-old man, who successfully bid on two Dundee apartments, said he was pleased with his purchase.

The warehouse worker, who declined to give his name, said: “I will try to upgrade them a bit and take stock of what I should do after that.

“Property prices have gone down and the economic forecast is uncertain but I think property is still quite a safe investment in the long term. I will upgrade them for rental or will put them up for sale, I’ll see how it goes.”

Auctions are not commonly used to sell conventional properties in Scotland are but adopted as a means to sell “distressed” homes, including mortgage repossessions.

Unlike other auctions, the successful bids are not binding on the day, but a £1000 deposit is non refundable.