HORRIFIED residents heard what they believed were fireworks shortly before a man was found dead in an Edinburgh street.

The victim, a man in his 30s named locally as Scott Shields, is believed to have died from a gunshot wound.

Police said the death, minutes after midnight today, was being treated as unexplained.

But it is understood detectives are working on the theory the man, whose body was discovered on a patch of open ground, shot himself. 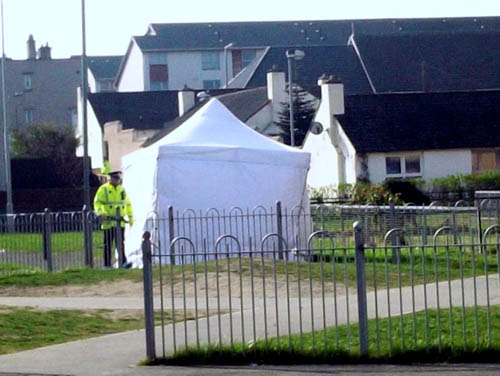 The area where the man was found was hidden from view, but it’s understood the body was removed earlier in the day

The drama unfolded in the city’s Broomhouse Gardens East.

Two streets surrounding the area where the body was found were cordoned off and around a dozen officers patrolled the scene.

One local, who did not want to be named, said: “It was like two firecrackers going off. It was about 10 past 12 last night. I didn’t call the police, I just thought it was someone letting off fireworks.”

Another resident, whose flat overlooks the area where the body was discovered, said the noise had also attracted his attention.

He said: “I heard two bangs about 10 past 12 last night. I thought it was fireworks and I went through to the living room and said to my dad I thought I’d heard fireworks. He said he didn’t think it sounded like fireworks and went and looked out the window of the spare room and saw the bloke lying on the ground.” 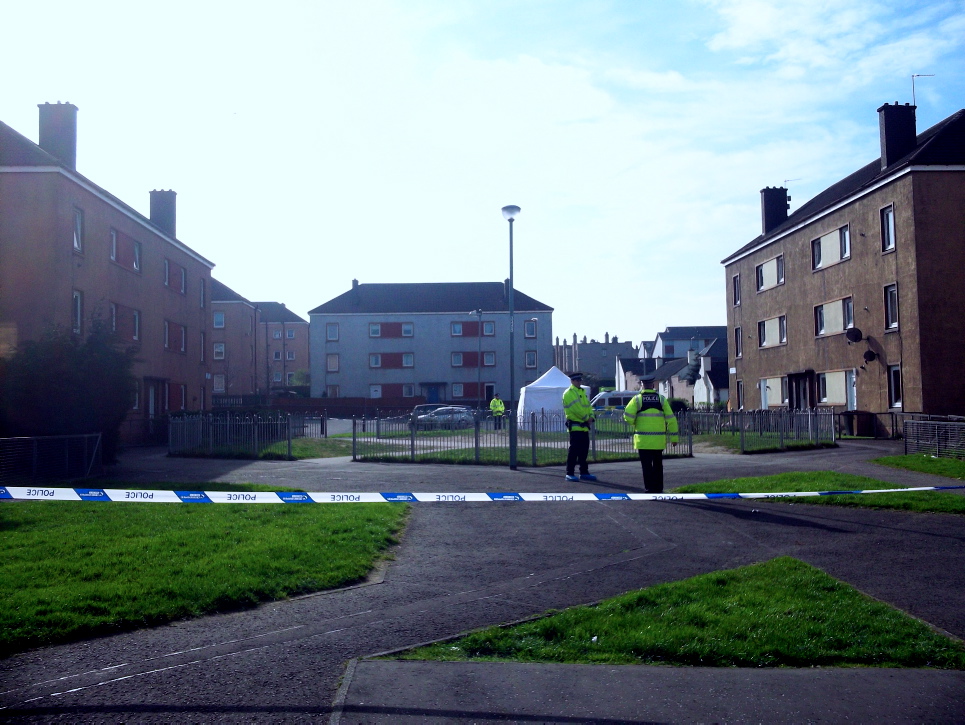 Residents reported hearing bangs like fireworks during the night

Another resident, who also did not want to be named, said she’d heard a woman screaming.

She said: “I didn’t hear anything except a woman screaming. I don’t know who she was.

“I think they brought her to identify him.

This morning (thurs) a white tent could be seen covering the area where the body was found.

He said: “At about 9’oclock this morning, we saw the body being brought out but it was all wrapped up so we couldn’t see anything. When the wind blew the tent up at one point we could see that there was nothing in there.” 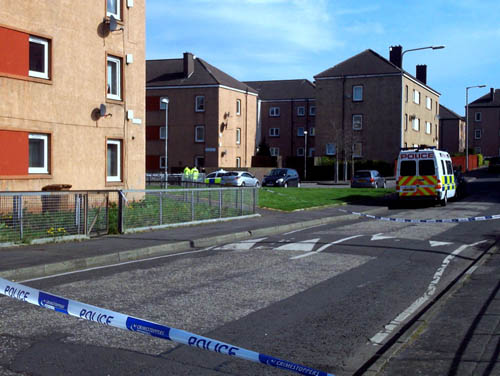 Police cordoned off two streets in the area

One resident said he was aware the police had been in the vicinity since the early hours of the morning.

He expressed his shock that such a beautiful day could be marred by a death in their midst.

He said: “It would be different if it was grey and raining but on a morning like today you don’t expect anything like this to happen.

But he was unable to understand what all the fuss was about, adding: I’m surprised because there have been other situations before and there’s not been any press.”

A spokesman for Lothian and Borders police said: “Officers attended at Broomhouse Gardens East, near its junction with Broomhouse Park, just after midnight following a call from the Scottish Ambulance Service. The man’s body was found on a grass area nearby.

“The area is currently cordoned off while a full forensic examination is carried out. House to house inquiries are also being carried out and anyone, who was in the area around midnight and who may have seen or heard anything is asked to contact Lothian and Borders Police on 01313113131 or the charity Crimestoppers on 0800 555111.”