FUNDING for the Scottish Open will secure economic benefits for Scotland.

First Minister Alex Salmond joined George O’Grady of the European Tour and Martin Gilbert of Aberdeen Asset Management at Edinburgh Castle to announce a sponsorship deal that will see the global investment management group become title sponsor of the prestigious event over the next three years.

The First Minister also announced that the Scottish Government would continue its strong support for European Tour events in the run-up to the 2014 Ryder Cup by investing in the tournament, which has significant benefits for Scotland both in terms of direct tourist revenue and television exposure to overseas visitors. 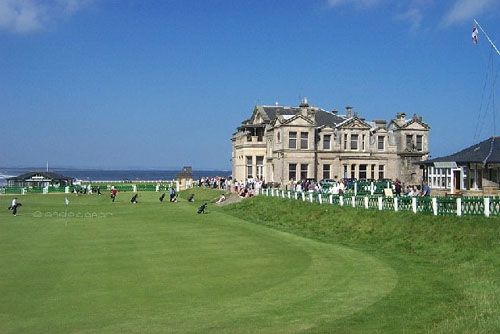 Aberdeen Asset Managment with sponsor the tournament over the next three years  Photo:Paul Birrell

Mr Salmond confirmed that the deal would also help the next generation of Scottish golfing talent, with a festival of ClubGolf just one of the exciting plans for a junior golf programme to be developed around the new Aberdeen Asset Management Scottish Open tournament schedule.

That festival will showcase everything that is good about the Scottish Government’s innovative scheme, which seeks to put a club in the hands of every nine-year-old in the country.

Mr Salmond said: “The Scottish Open is one of the flagship events on the European Tour as well as a jewel in the crown of the Scottish sporting calendar that attracts keen interest from golf fans across the world.

“I am therefore delighted to announce that Scottish Government funding, alongside major sponsorship from Aberdeen Asset Management, has helped secure the future of this prestigious tournament for Scotland.

“This fantastic event brings significant benefits to the whole of Scotland, both in terms of tourism revenue and the television exposure around the world to golfers and others interested in travelling to our shores. Last year’s tournament alone was worth more than £5m to the Scottish economy.

“Not only will today’s announcement ensure these benefits continue, but our agreement to link the tournament to junior golf events and ClubGolf will deliver a legacy beyond 2014 by driving up participation levels and helping unearth the next generation of Scottish golfing stars.

“Last year, around 1,200 children took part in fantastic activities during the tournament. This year we will build on that with a festival of ClubGolf around the event.

“Scotland is already recognised worldwide as the Home of Golf, and with the Ryder Cup set to be played here in 2014 as well as the new commitment to the iconic Scottish Open announced today, everyone in this country can look forward to a bright future for Scottish golf.”