THE Rangers Supporters Trust are demanding swift and decisive action is taken to ensure the club is under new ownership before the end of the season.

The Trust made the call after bidders raised concerns about club administrators Duff and Phelps delaying the administration process.

The fans organisation are also calling for clarity from administrators over what legal proceedings, if any, have been instituted against Craig Whyte in order to gain control of his shares. 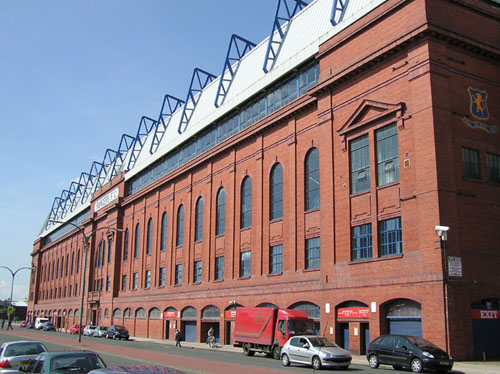 The group want answers by the end of the season  Photo:Finlay McWalter

They are demanding that Whyte should hand over his shares to supporters groups or administrators in order to allow a quick transfer of ownership.

Whyte has previously stated that he was considering gifting the majority of his shares to a supporters’ foundation and fans say, in the interests of the club, he should do this at the earliest opportunity.

The group also wants Brian Kennedy to consider joining Blue Knights Consortium after his bid was declined.  They feel that through this process he has acted as someone with the best interests of Rangers at heart and his insight and investment could add value to Blue Knights proposition.

A Trust spokesman said: “The administrators appear to be dragging their feet which is far from ideal with the end of the season now just weeks away.  The financial consequences of going into the summer without a new owner are serious and would significantly increase the likelihood of liquidation.

“Getting Rangers out of administration and back on a sound financial footing should be the only priority for people associated with the club which is why it was absolutely shameful for Craig Whyte to be suggesting he won’t deal with the Blue Knights.  Craig Whyte used the fans’ money to fund his takeover and it’s not an option to watch him force the club into liquidation.”