SCOTS church ministers are to stage a protest at Faslane to show their opposition to nuclear weapons.

The Easter Witness for Peace will take place tomorrow from 12 noon at the North Gate of the Trident base.

The witness is organised by Scottish Clergy Against Nuclear Arms (SCANA). 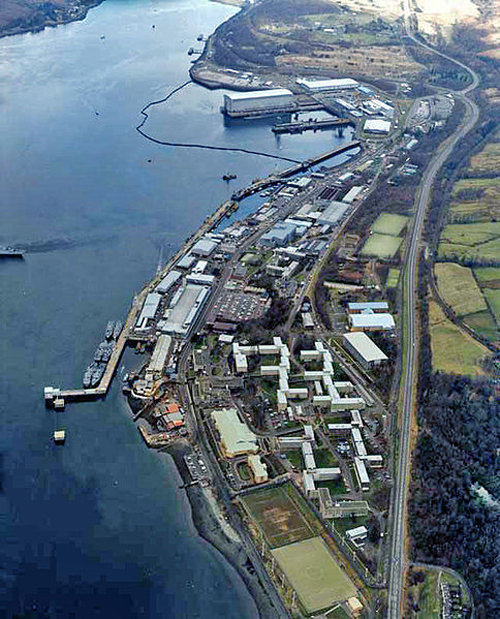 Rev Ainslie Walton, co-convenor of SCANA said: “The Church of Scotland and the Roman Catholic Church are unequivocal in their condemnation of nuclear weapons as immoral Weapons of Mass Destruction. These views are shared by people of other faiths and none.

“We are coming together at the start of Holy Week to confront what we see as an offense against God and humanity.”

The group will assemble at the Cemetery car park, walk the short distance to the North Gate and hold an act of worship. There will be a symbolic action with a heart-shape.

The Argyll and Bute base has been repeatedly targeted by anti-nuclear activists over the years.

A permanent camp has been outside the base since 1982, and a blockade has taken place annually since 1999 in an attempt to close the base for a day.

Full details of the Easter Witness for Peace are on scana.org.uk