WALKERS, ramblers and photographers in the Highlands warned that they could be putting themselves, and others, in real danger as well as committing an offence,  by trespassing on rail lines.

Around 11.00am on Wednesday, March 21 the driver of a steam train travelling between Fort William and Mallaig had to brake after seeing two elderly women standing at the side of the railway line the vicinity of the Glenfinnan Viaduct. 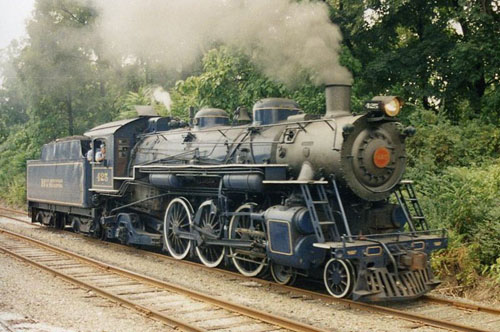 A steam train narrowly missed a photographer near the Glenfinnan viaduct  Photo:Sean Lamb

Even more shockingly, he reported that a man was standing between the lines taking a photograph with a camera on a tripod.

It is believed the man only narrowly escaped being struck by the train.

On Tuesday, March 13, a man trespassed on the railway line between Edderton and Ardgay as a train approached around 3.40pm.

It appears that local people use the railway line as a shortcut.

As a result of these incidents BTP officers will be increasing high-visibility patrols in the area.

Constable Matt O’Neill of British Transport Police, based in Inverness, said: “There may be some iconic scenery and wonderful vistas in this part of the world, and while we don’t want to spoil anyone’s pleasure, people must be aware that trespassing on the railway line remains a criminal offence and the potential consequences do not bear thinking about.”

A Network Rail spokesman added: “Trespassing on the railway line is not only a criminal offence it can be extremely dangerous. Walkers and others could find themselves in the path of a train, even on a line they believe is not used regularly.”

Constable O’Neill concluded: “I am appealing to anyone who was in the area at the time of these incidents and has any information regarding the identity of those involved to contact me.”