TODAY’S ‘have it all’ women, who balance careers and families, would be locked away if they had lived in the 1900s, a literary expert has suggested.

Dr Sarah Dillon, an expert in famous literary ‘mad women’, says that many powerful women today would struggle to retain their sanity if they were forced to conform to the restrictive roles prescribed for women in the nineteenth century.

Dr Dillon is talking about the subject of mad women in literature alongside television psychiatrist Dr Raj Persaud and science journalist Vivienne Parry at the Edinburgh International Science Festival tonight. 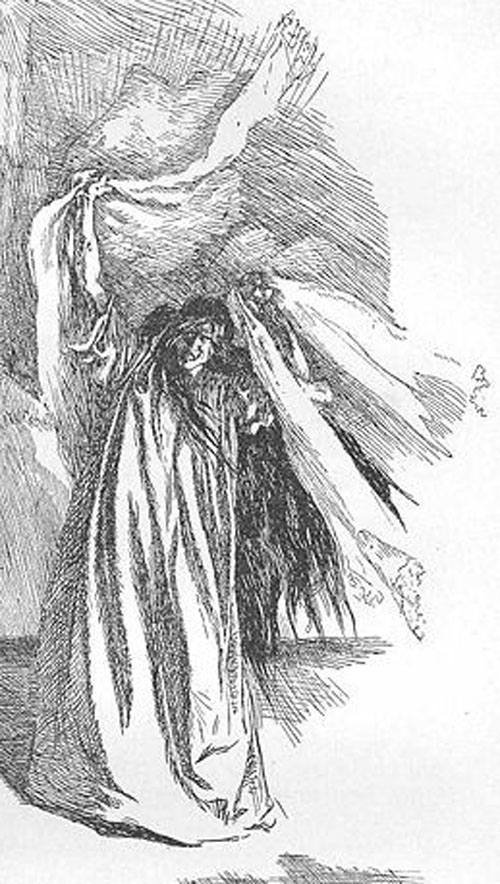 Dr Dillon, a lecturer in contemporary fiction at St Andrews, said, “The figure of the mad woman is a familiar one in some of our favourite literary classics, from the famously locked away Bertha Rochester in Charlotte Bronte’s Jane Eyre to Flaubert’s frustrated Madame Bovary.

“But would these heroines be regarded as mad today, or was that label a very convenient one for nineteenth-century women who were too independent, morally free or highly-strung?

“These were women who could not reconcile their roles, who could not be satisfied with staying at home ‘baking puddings and knitting stockings’. But the same could be said for any strong independent woman today.

“Many professional women, including myself, might have been locked up if we’d lived in the Victorian age.”

According to Dr Dillon, the famously tormented heroines were more likely to be suffering from sexual repression and stress rather than mental illness.

She continued, “Emma Bovary is one of our most famous literary adulteresses, but she was trapped in life, had no freedom and tried to escape the torturous confines of her existence through romantic affairs.

“In Jane Eyre, Mr Rochester alludes to sexual promiscuity in his first wife, identifying that, rather than her madness, as what brought shame upon him and their marriage.

“But these are all women who want to break free from the soft image of women, and they are punished for their desires. Madness was a very useful label in those days to cover up something even more undesirable.

“There is a famous quote in Jane Eyre, in which she says that ‘women feel just as men feel; they need exercise for their faculties, and a field for their efforts, as much as their brothers do; they suffer from too rigid a restraint, too absolute a stagnation, precisely as men would suffer; and it is narrow-minded in their more privileged fellow-creatures to say that they ought to confine themselves to making puddings and knitting stockings….It is thoughtless to condemn them, or laugh at them, if they seek to do more or learn more than custom has pronounced necessary for their sex.’”

“Interestingly, the maddening tension of trying to fulfil the multiple demands placed on women as wives, mothers and professionals, is something that still resonates amongst strong, confident women today.”