THE Highland Wildlife Park, in Inverness-shire, is gearing up to welcome not one, but two new male arrivals to their new home in the Scottish Highlands later next week.

First out of the stand is a male polar bear called Arktos from Hannover Zoo in Germany, at four years old this polar bear boy is just a youngster.

Arktos will be a companion for Walker – the Highland Wildlife Park’s, much-loved resident polar bear. 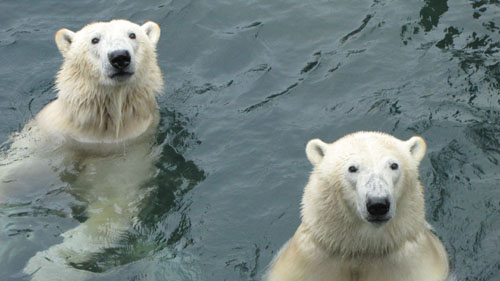 Arktos, pictured with brother Nanuq (right), will be a wrestling partner for Walker

He will be housed nearby to Walker’s enclosure to settle in, allowing both bears the chance to get a good scent of each as the first stage of a gradual introduction.

Both boys are around the same age, and are as playful as any other three or four year old would be.

It was hoped that Walker would get a female companion towards the end of last year, however the female destined for the Highlands was discovered to already be pregnant before her move.

Walker will not be sexually mature for around another two to three years, but in the meantime it is hoped that the bachelor duo, Walker and Arktos, will form a ‘bear bromance’. 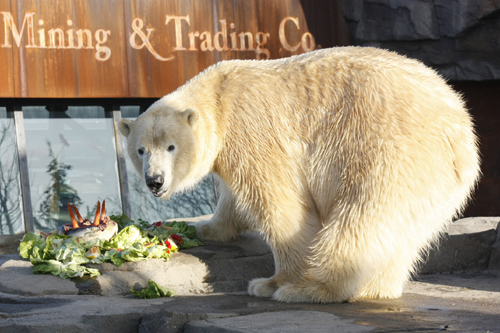 Arktos will be transferred from Hannover Zoo in Germany

The second male to arrive at the Highland Wildlife Park is Marty, a two and half year old Amur tiger from Olomouc Zoo in the Czech Republic.

This powerful youngster will be given a little time to settle in to his new home in the Highlands before going on display.

He joins resident female, Amur tiger Dominica, and it is hoped that they will form a breeding pair.

Natalia, the sister of Dominica, is off to her new home very shortly at Lisbon Zoo, in Portugal, where she is recommended to breed with their adult male.

Amur tigers are endangered due to poaching and habitat loss, with around only 400-450 thought to be left in the wild. 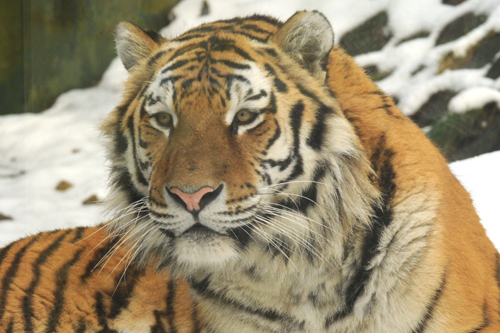 Marty will travel from the Czech Republic

Incredibly, the coordinated captive population, of which Marty and Dominica at the Highland Wildlife Park are a part, amount to 50% of the entire world’s population of Amur Tigers.

Although they have poor colour vision, these tigers have five times better night vision than humans, making them expert hunters during the day or after dark.

“The Highland Wildlife Park is the only place in the UK that visitors can see polar bears and we are incredibly excited to shortly have two in our collection.  It is testament to our specially designed five acre facility, complete with large pond, which it has been recommended for Arktos to come to join Walker up in the Highlands.

“Arktos is a little older than Walker and slightly bigger, but we have high hopes that the playful bear duo will get on with each other when they are eventually introduced.  Male immature polar bears tend to respond well to each other and it will be great if they do as Walker desperately needs a wrestling partner. 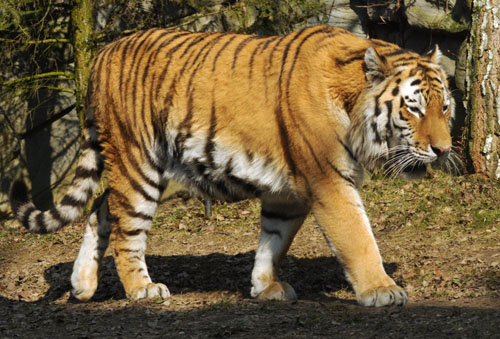 “Arktos will have a period of settling-in to his new surroundings, in a holding enclosure next to Walker, so both boys will be able to catch the scent of one another and they’ll know they have company next door.

“In the future a female breeding partner will be sourced for the males, but both still have a few more years to go before they are sexually mature.  At this stage a second polar bear enclosure would be constructed.

“We’re all very interested to see what happens when Walker and Arktos meet. I’m sure we’ll know both bears get on with each other within the first 30 minutes, but introducing two large carnivores is always a tense and delicate procedure.”

Richardson continues: “Not only do we have the exciting news of a new polar bear, but that of another new arrival to the Park in the form of Marty, our male Amur Tiger.  Amur tigers are the largest of the big cats and their wild population is under threat due to poaching and destruction of their natural habitat.

“We have a successful record of breeding Amur tigers, set by Sasha who sadly passed away recently, and we have high hopes of Marty and Dominica producing cubs– which could be as soon as this autumn.”

Blair Drummond reveals its only male tiger, Genghis, has been put to sleep