The environmental charity said that WWF’s Earth Hour had now completed its record journey across more than 6,525 cities, towns and municipalities in 150 countries and territories – the biggest participation growth in the world’s largest voluntary action in support of people and wildlife threatened by climate change since the event began. 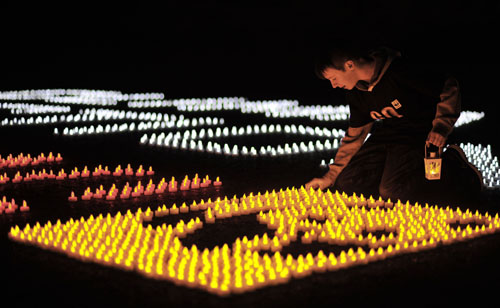 The small island nation of Samoa was the first to switch off the lights for WWF’s Earth Hour, before travelling on through Fiji, New Zealand, Australia and then on to Asia and Africa.

In Europe thousands of cities and towns observed Earth Hour, with major landmarks such as the Brandenburg Gate and Eiffel Tower going dark. 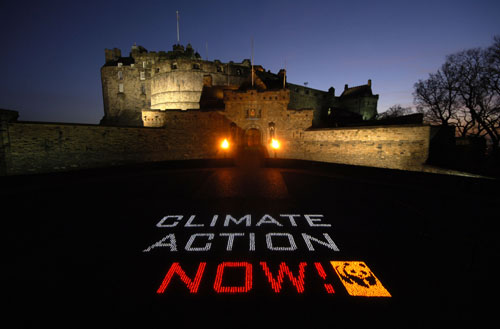 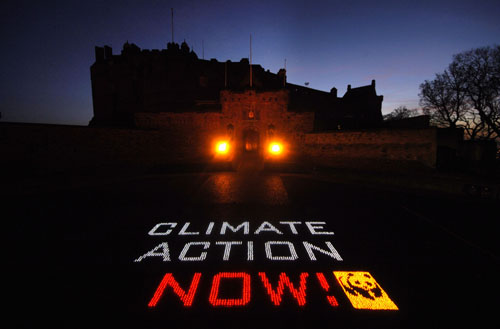 In Scotland thousands of members of the public switched off their lights for the Hour and participated in a range of local events in the dark or by candlelight.

Meanwhile some of Scotland’s best known landmarks, including Edinburgh Castle and the Forth Rail Bridge, were plunged into darkness to mark Earth Hour. 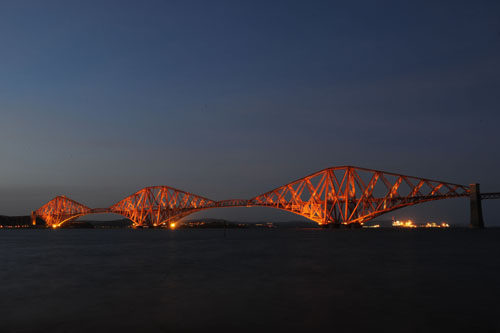 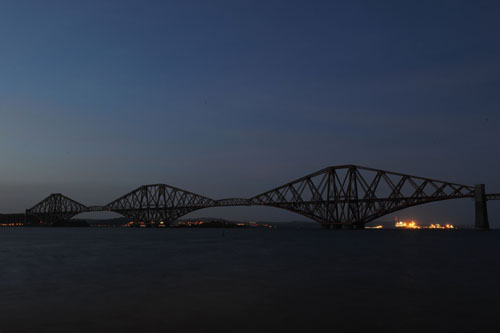 At Scotland’s official countdown event at Edinburgh Castle, thousands of candles were laid out to spell out in giant words ‘Climate Action Now!’

Earth Hour then crossed the Atlantic witnessing switch offs in Greenland, Canada, Mexico, Peru and many, many more.

Earth Hour 2012 ended this year in the tiny Pacific island nation of the Cook Islands, on the beautiful atoll of Aitutaki. It was a fitting place for the celebrations to finish in a country that is under dire threat from global warming and rising sea-levels. 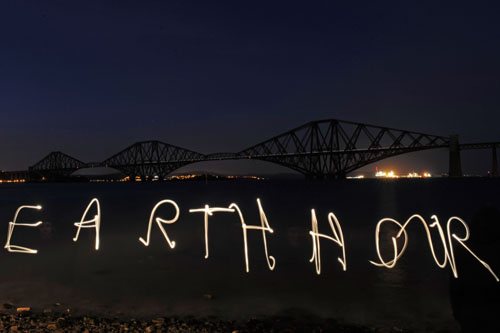 The campaign’s goal is to get 1 billion people switching off their lights as part of a global vote against climate change.

Dr Richard Dixon, Director of WWF Scotland said: “Scotland has done us proud yet again by really getting behind and celebrating Earth Hour.  With amazing support from cities, local authorities, iconic landmarks, schools and other organisations people can be in no doubt that Scotland cares about tackling climate change.

“WWF’s Earth Hour illustrates the power of acting together and is an hour to inspire us all to do more for people and nature affected by climate change, whether a child in a classroom, a CEO running a company or a politician leading a nation.”