A WHALE has died after becoming stranded on a beach in East Lothian.

Rescuers were alerted after a member of the public spotted the whale at North Berwick early this morning.

Volunteers from the RNLI attempted to save the whale, with the help of experts from British Divers Marine Life Rescue.

Conflicting reports said the creature was either a pilot whale or a minke calf. 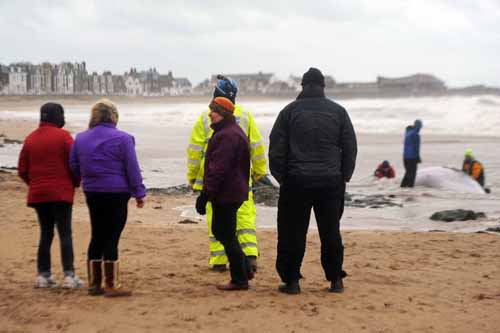 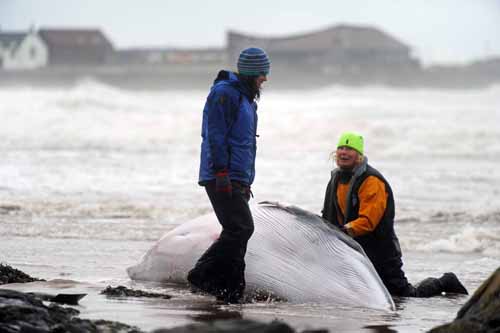 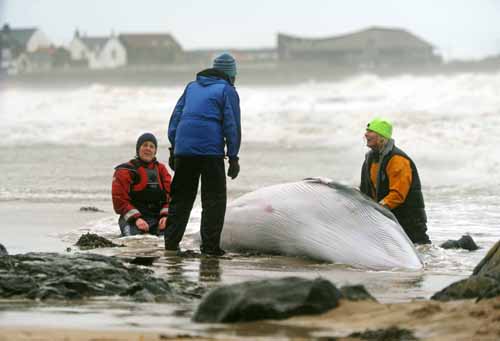 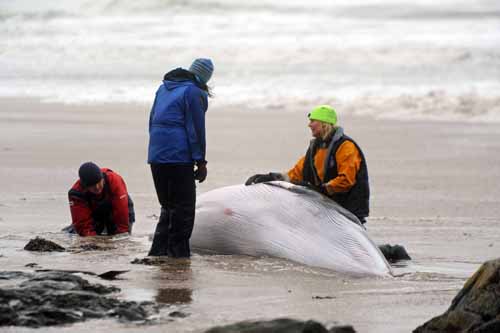 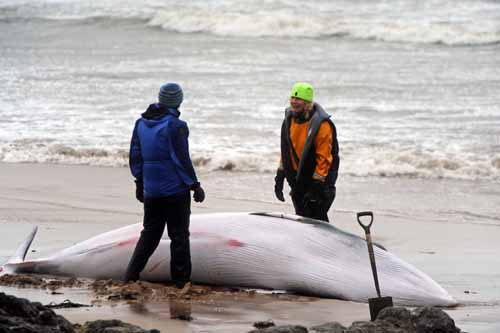 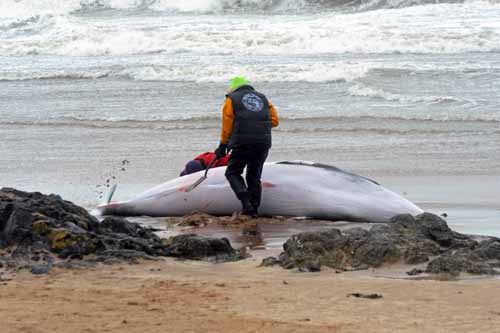 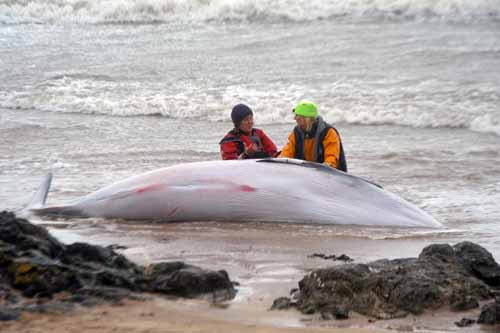 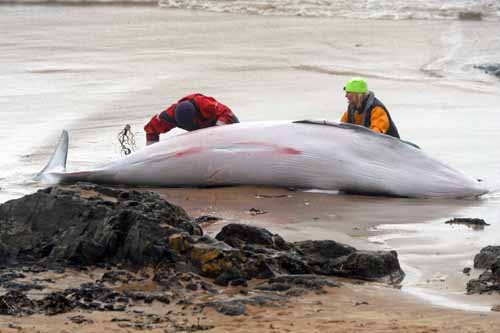 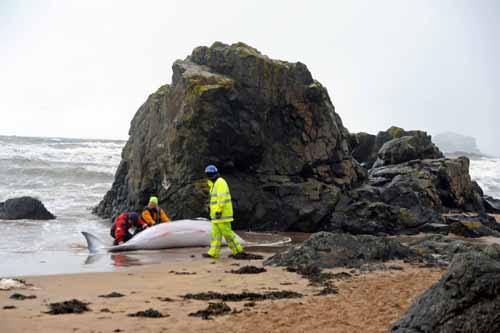 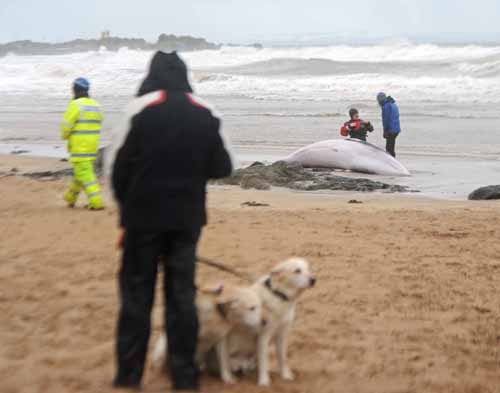