CELEBRATED Scots scientist Professor Peter Higgs – the man who proposed the “God particle” – will give a rare public appearance at a book festival later this year.

The 82–year-old Emeritus Professor at Edinburgh University will speak at the Borders Book Festival in June.

The scientist came up with the theory of a sub-atomic particle, since dubbed the Higgs boson, which would explain the mystery of how things have mass. 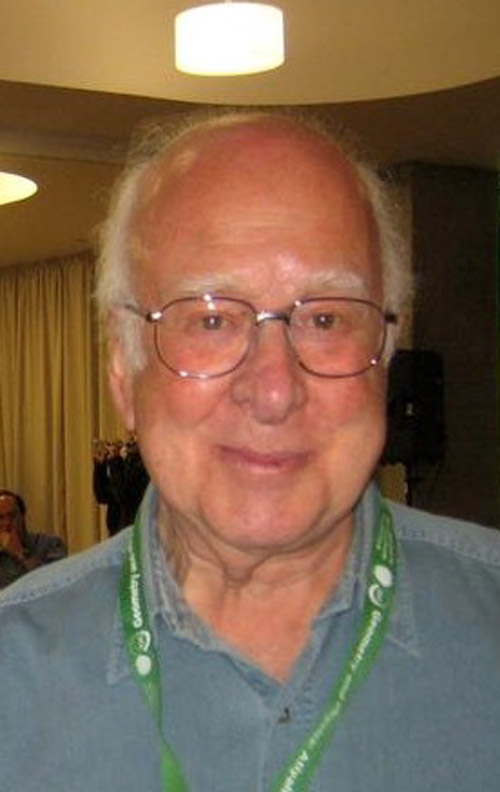 Peter Higgs will talk about his discovery at the festival  Photo:Gert-Martin Greuel

Much of the experimental work at the Large Hadron Collider near Geneva, Switzerland, is trying to establish if Professor Higgs’ 48–year-old theory is right.

Authors Ian Rankin and Iain Banks will also be attending.

The shortlist for the third Walter Scott Prize for Historical Fiction was also announced at the programme launch.

Alistair Moffat, festival director said:  “It’s fantastic. This is one of the very, very rare times that Professor Higgs is going to do anything in public.

“He’s in his 80s and he doesn’t do public things and we’ve managed to get him to come to Melrose and talk about the God particle, which is terrific.

“He’s coming to talk about the postulation of this and the whole history since then.”

The festival, which runs between June 14 and 17, will also play host to Mark Beaumont.

The adventurer will be talking about how his Transatlantic rowing expedition that was nearly his last.

Organisers of the festival revealed the special guests when launching their 2012 programme.