A GIANT windfarm is to be built on Shetland.

Energy Minister Fergus Ewing has granted consent for the scheme, which will power more than 175,000 homes, sixteen times the number of households on Shetland. 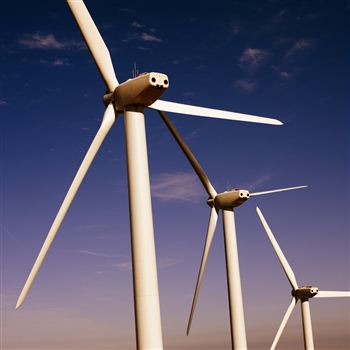 Viking wind farm is expected to bring an estimated £566 million of capital expenditure, and an annual income of £30 million per year to the Islands including £20 million to the Shetland Charitable Trust which will support projects such as community enterprises, community energy, skills and training, as well as around 140 jobs during the five years of construction and around 34 operational jobs.

Scottish Ministers expect the developer to maximise the potential for local employment and use of local businesses.

The wind farm will allow the construction of an interconnector allowing Shetland to export electricity to the mainland, opening up further opportunities for the Islands to benefit from renewables, including community schemes and marine renewables.

The application was for 127 wind turbines, Ministers have withheld consent for 24 turbines in the northern Delting Parish section of the wind farm which would impact on Scatsta Airports instrument flight procedures.

The wind farm is the 50th renewable energy project consented by Scottish Ministers since May 2007.

Energy Minister Fergus Ewing said: “This wind farm will bring enormous benefits to the people of Shetland, generating more than 30 million pounds annual income for the entire Shetland community. Around 20 million pounds of that will go directly to the Shetland Charitable Trust.

“The development will create jobs and bring income, and makes the case for an interconnector to connect Shetland for the first time to the National Grid –  paving the way   for more exports and further renewable energy opportunities for the Islands, including community projects and marine energy developments.

“The development includes an extensive habitat management plan covering around 12,800 acres, which will restore peatland and offer benefits to a whole range of species and habitats.

“Last week, figures showed Scotland exceeded our ambitious renewable electricity targets for 2011, with more than a third of our electricity demand coming from renewables.

“Developments like Viking will help us meet our 2020 target, and will make a huge contribution to our target of 500MW from community and locally-owned renewable energy by 2020, while benefiting communities, cutting emissions, and helping to keep energy bills lower.”