A PAIR of peregrine falcons has laid eggs at the Falls of Clyde.

The peregrine falcon is the world’s fastest animal. Peregrines have specially evolved to breathe while flying at speeds approaching 200 miles per hour. 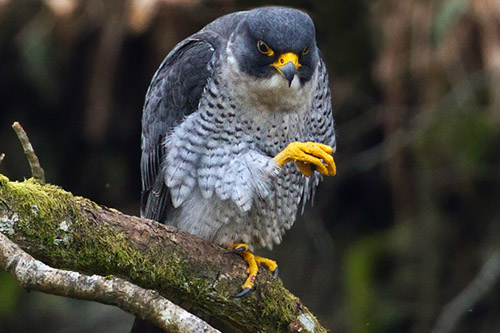 These are impressive ages for peregrines as less than a third of them reach breeding age. Those that do can expect to live 5-6 years. The oldest known peregrine was over 16 years old.

During their time at the Falls of Clyde, the tiercel has sired 32 chicks which have fledged, while the female has raised 21 fledged chicks.

Between them they raised 3 orphaned chicks in 2010, put in their nest after they were confiscated from an egg smuggler.

The Scottish Wildlife Trust’s Operation Peregrine protection programme has been going for 15 years. It provides strict 24-hour surveillance from egg thieves and wildlife criminals, so thousands of visitors can continue to enjoy these magnificent birds.

The People’s Postcode Lottery Peregrine Protection Officer at the Falls of Clyde has been coordinating a team of up to 20 staff members and volunteers who starting monitoring the peregrine nests in March and will continue until June.

Scottish Wildlife Trust Falls of Clyde Ranger Laura Whitfield said: “For a 15th straight year, we have peregrine eggs at the Falls of Clyde. The birds have nested out of harm’s way on a ledge in the gorge. We’ve had plenty of people up to the viewing site, just 60m away from the nest site on the other side of the gorge. 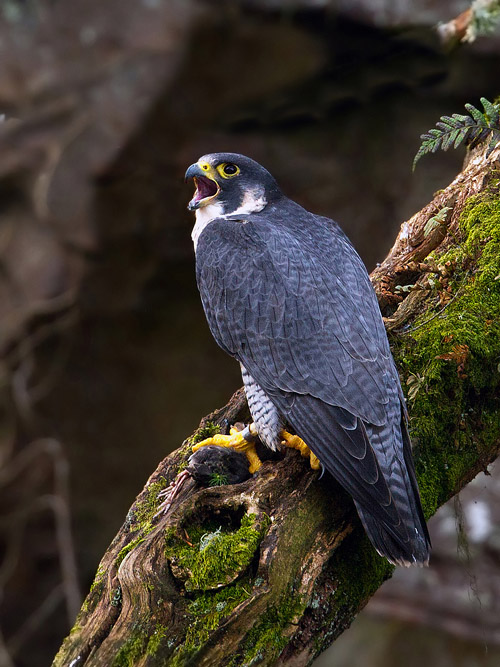 “We hope to have many more visitors this Easter weekend. The Falls of Clyde is one of the best places in the UK to see breeding peregrines. The viewing site will afford excellent views of the eyasses (chicks) when they first hatch which will be an amazing sight to behold.

“‘The Peregrine Experience’ proved extremely popular last year, thanks in part to the live nest cam footage which streams to a big screen in the centre and on the Scottish Wildlife Trust website. The storms over the winter lead to a revamping of the peregrine viewing area, and we continue to evolve and improve the site each year.

“Everyone at the Falls of Clyde now has their fingers crossed for good weather so the eggs hatch successfully. Both the female and the male will share incubation duties, which will take about 30 days.

“In 1999 we had 4 eggs laid and 2 hatched. Sadly the eyrie was destroyed by vandals resulting in a failed breeding season for the peregrines.”