A MISSING sex offender has been spotted in Edinburgh.

Gary Travers, 36, from Wishaw, was last seen in Coatbridge by a taxi driver when he was dropped off in Coatbridge in the early hours of March 31.

Police have revealed that he was sighted in the Leith area yesterday.

Officers from Strathclyde Police are working closely with officers at Lothian and Borders Police and are continuing to review CCTV images and conduct enquiries in an effort to locate him. 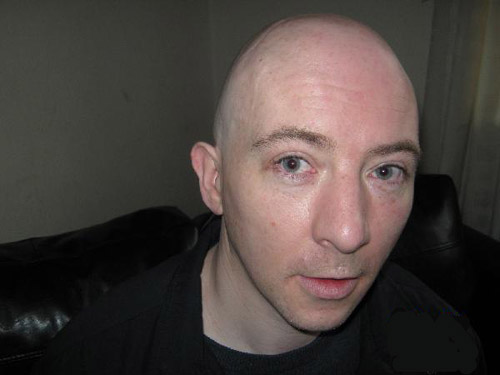 Travers has a history of attacks on women

He is described as white, 5ft 7 in height, of slim build, bald and has blue eyes. When last seen he was wearing white trainers, blue jeans, white top and a dark coloured three quarter length jacket.

The Strathclyde Police officer leading the investigation, Detective Superintendent Clark Cuzen, said: “We are working closely with our counterparts in Lothian and Borders Police in our efforts to trace Gary Travers.  I would reiterate to members of the public that there is a considerable risk that Mr Travers will re-offend and although we do not believe him to be a violent man, I would warn people that if he is seen, he should not be approached.”

Anyone who has any information or knowledge about his whereabouts is asked to contact Motherwell Police Office on 01698 483003 or Lothian and Borders Police on 0131 311 3131.

Alternatively, information can be passed anonymously to Crimestoppers on 0800 555111.