A SCULPTURE of opera singer Kathleen Mary Ferrier, who died at the age of just 41, is to be put up for auction.

The sculpture by Arthur Fleischmann (1896-1990), is thought to have been made in 1954, just months after the contralto’s death from breast cancer. 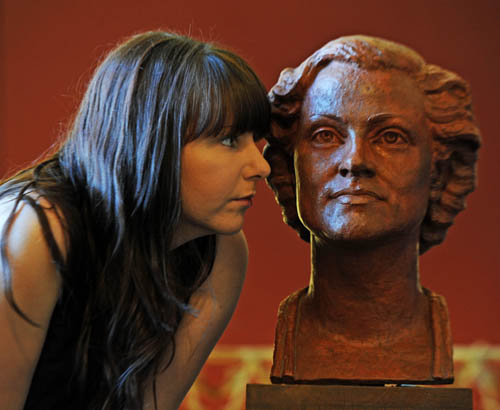 The bust belonged to long standing friend and fellow musician Leon Fontaine. He was given the bust by her just before her death.

A friend of Mr Fontaine’s said; “I was lucky enough to know Kathleen when I lived in London and I was left the bust by Leon on his death.

“It has been a treasured part of the family for over 58 years, but as I have moved into a small cottage I have taken the difficult decision to sell it. I certainly hope someone will love it as much as I have over the years.”

The daughter of a Lancashire village schoolmaster, Ferrier showed early talent as a pianist, and won numerous amateur piano competitions while working as a telephonist with the General Post Office.

She did not take up singing seriously until 1937, when after winning a prestigious singing competition at the Carlisle Festival she began to receive offers of professional engagements as a vocalist. 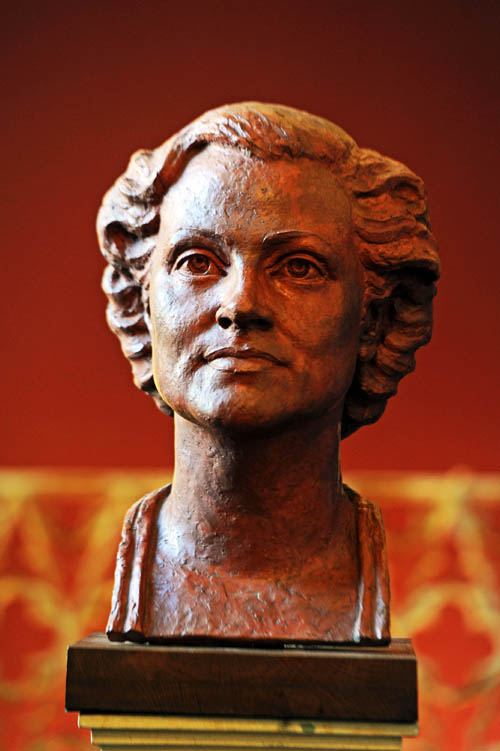 The bust was given by Ferrier to her friend Leon Fontaine

She became a regular performer at leading London and provincial venues, and made numerous BBC radio broadcasts.

John Mackie, Director of Lyon & Turnbull said, “Kathleen Ferrier was an English contralto who achieved an international reputation as a stage, concert and recording artist, with a repertoire extending from folksong and popular ballads to the classical works of Bach, Brahms, Mahler and Elgar.

“Her death from cancer, at the height of her fame, was a shock to the musical world and particularly to the general public, which was kept in ignorance of the nature of her illness until after her death.”

In 1946 Ferrier made her stage debut, in the Glyndebourne Festival. As her reputation grew, Ferrier formed close working relationships with major musical figures, including Britten, Sir John Barbirolli, Bruno Walter and the accompanist Gerald Moore.

She became known internationally through her three tours to the United States between 1948 and 1950 and her many visits to continental Europe.

Ferrier was diagnosed with breast cancer in March 1951. In between periods of hospitalisation and convalescence she continued to perform and record; her final public appearance was as Orfeo, at the Royal Opera House in February 1953, eight months before her death.