AN PENSIONER had to be rescued by the fire service after becoming stuck on a cliff on Arthur’s Seat today.

A 65-year-old man was lowered to safety from the cliff by crews using ropes, after becoming stuck around 100meters above the ground.

The man’s rescuers had to position themselves 100m above him before they could successfully lower him to safety. 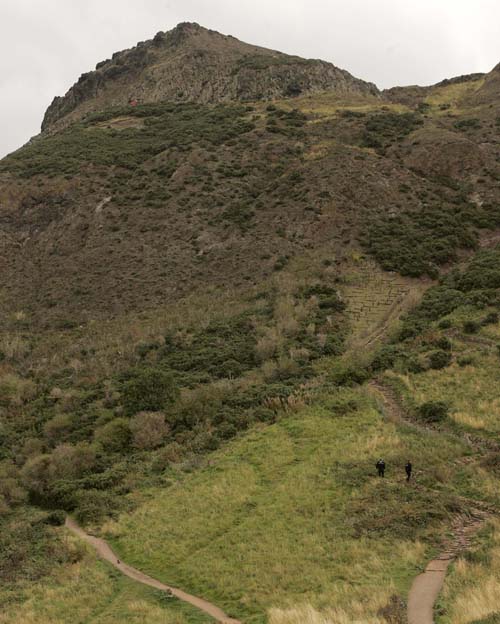 Lothian and Borders fire service revived a call saying the man was stuck just after 8am today.

He was handed over to paramedics after the hour-long operation, but is believed to be uninjured, the fire service said.

Rope rescue teams from Tollcross and Newcraighall in Edinburgh were called in to save the man, who is thought to have been on his own at the time.

The area is popular with joggers.

A spokeswoman for Lothian and Borders fire and rescue service said: “A 65-year-old male who was climbing Arthur’s Seat became stuck approximately 100 metres from the ground.

“Rope rescue teams positioned themselves 100 meters above the casualty and lowered him to the ground.”