PARENTS of a Scots baby are pinning hopes on a controversial Chinese stem-cell treatment to help her to see for the first time.

Chloe Wilson, 1, was born with septo-optic dysplasia – a rare condition which has left her almost blind.

The condition has also left her with a hormone deficiency, which means she will have to take medication for the rest of her life. 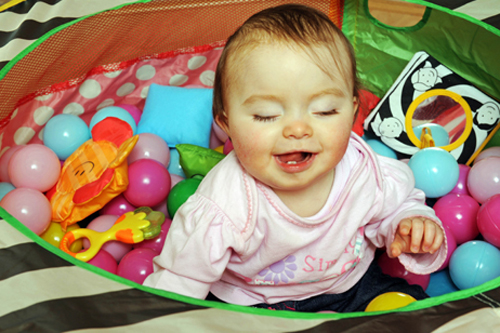 But parents Kayleigh Martin and Scott Wilson are hoping that a controversial operation in China will help the tot to see properly for the first time.

The 21-year-olds are trying to raise £15,000 for a stem-cell treatment in China which is not yet available in the UK.

The Chinese treatment, involving a series of injections, could give the tot light-perception for the first time, meaning she can make out shadows and large shapes.

Kayleigh, a nursery assistant, said: “We found out something was wrong when I had the 18-week pregnancy scan, but they didn’t know how badly it was going to affect her.

“Half an hour after Chloe was born, we were feeding her when she stopped breathing and had to be resuscitated. The doctors think that was a direct result of her condition.”

Baby Chloe spent seven weeks in the neonatal unit of Edinburgh Royal Infirmary before she was allowed to go home to Broomhouse, Edinburgh. 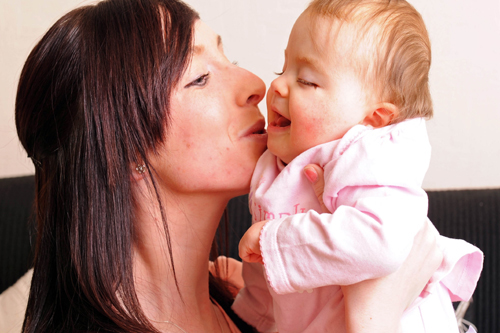 “It was heartbreaking to have to leave her,” Kayleigh said.

“We were going to the ERI every day and then just coming back and sleeping.”

Chloe receives weekly blood tests and will require medication for the rest of her life, due to her condition.

But parents Kayleigh and Scott hope that the operation in China will help her see for the first time.

Kayleigh said: “Stem cells are injected into the optic nerve and within a few hours, Chloe’s vision should improve. We’ve spoken to families whose children can see up to 9 or 10 feet within the first few hours.

“Chloe’s vision is very poor at the moment. Because she is so young, it is hard to tell what the extent of her vision is. Sometimes she reaches out for things, but sometimes she won’t. We don’t know if she can see us.”

Some experts are sceptical of the treatment however; as many argue that it is unregulated and untested.

Mum Kayleigh said that support from other families has helped her make the decision to send Chloe to China for the treatment.

“The consultants say it’s not something they would recommend, but we’ve spoken to so many families it has helped.

“Chloe’s behind where she should be in terms of development with things like crawling, and I think the lack of vision is stopping her from learning things.

A fundraising auction and raffle night will be held at the Bainfield Bowling Club, Hutchinson Crossway, from 7.30pm on Friday, May 11. 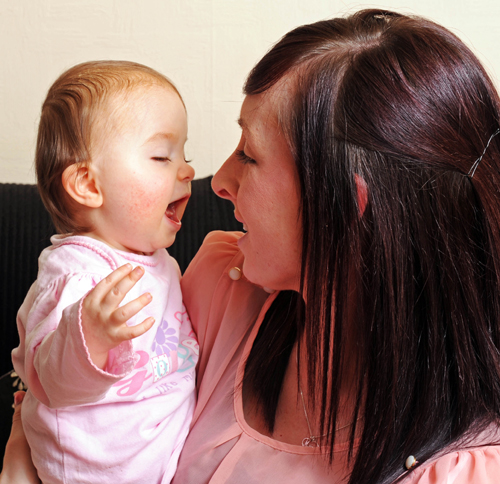 Chloe was born with her condition

The mum-of-one added: “It all depends on how the fundraising goes but we’re hoping to have enough to go to China by next February or March. Chloe will be two by then so she will be well able for the journey.

“The 15,000 will buy the fresh cells, and will allow us to stay in China for four weeks while Chloe gets the treatment. We’ll be staying with her in the hospital if all goes according to plan.”

The fundraiser comes just as parents of Taylor Johnson, 2, from Bathgate, who also suffers from the condition, reached the halfway mark in their efforts to raise funds for the treatment.

Tia Aitken, who is raising funds to take her daughter, Taylor Johnson to China said: “We will make it to the final mark, but it will be a slow process.” 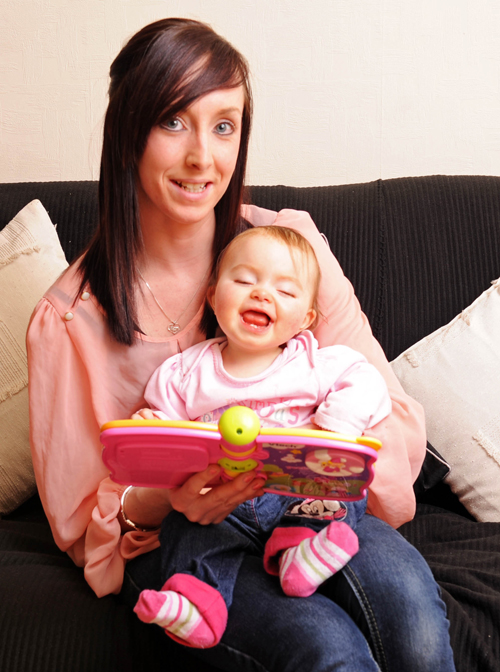 Chloe with mum Kayleigh at their Edinburgh home