SCOTLAND’S five National Performing Companies are set to wow audiences across Europe, the USA, China and beyond during the Year of Creative Scotland.

Government funding for each of the Companies’ international tours in 2012-13 has been confirmed by the Culture Secretary, who is in New York for Scotland Week.

Fiona Hyslop made the announcement at a National Theatre of Scotland ‘Extreme Ceilidh’ workshop for high school students in Brooklyn. 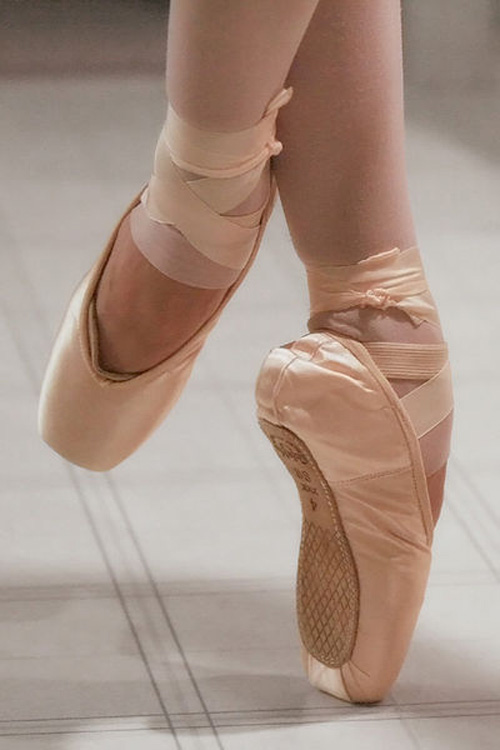 Scottish Ballet will receive some of the funding

The Cabinet Secretary said: “Scotland is known worldwide as a place of creative and cultural excellence, with our National Performing Companies attracting international acclaim.

“Their overseas tours showcase Scotland’s creative talent on a world stage, further enhancing our global reputation. They also strengthen cultural and diplomatic links with countries identified as a priority in our framework for international engagement.

“That is why I am maintaining the International Touring Fund at 350,000 pounds in this, the Year of Creative Scotland, and I look forward to our National Performing Companies once again delighting audiences at home and abroad.”

During Ms Hyslop’s visit to Brooklyn’s Uncommon Charter High School, students performed an ‘Extreme Ceilidh’ – a mix of hip hop and drum ‘n’ bass with traditional dance and Celtic sounds. Ten pupils from the school are participating in the National Theatre of Scotland’s international exchange programme and will travel to Scotland in July 2012.

Ms Hyslop added: “The ‘Extreme Ceilidh’ fuses street and traditional dance and this project is a fantastic example of the international appeal of Scotland’s creative cutting edge. The National Theatre of Scotland’s work with these students in Brooklyn is deepening our cultural ties with the USA, one of our key objectives during Scotland Week 2012.”

Vicky Featherstone, Artistic Director of the National Theatre of Scotland, said: “The ‘Extreme Ceilidh’ is an exhilarating piece of performance which emerged from a highly successful National Theatre of Scotland community project in Aberdeen last year. We are honoured that our Learn team – whose brilliant work in Scottish communities has attracted international attention – is able to take a part of Scotland to the young people of Brooklyn.”

The International Touring Fund (ITF) allocations for each company are:

Ms Featherstone continued: “I am also delighted that the National Theatre of Scotland’s international opportunities continue to go from strength to strength due to the Scottish Government’s International Touring Fund. That our national theatre is able to showcase to the world work created in Scotland by a wealth of hugely talented theatre-makers is testament to the rich seam of creativity to be found in all areas of Scotland’s culture. The Strange Undoing of Prudencia Hart by David Greig, which will tour North and South America, Australia and New Zealand in late 2012 and early 2013, has already been taken to the hearts of all who have seen it and we are sure that international audiences will be equally enchanted.”

RSNO chief executive Michael Elliott said: “The RSNO has benefited greatly from the International Touring Fund in the past, helping facilitate some of our more recent trips, including our high-profile European tour at the beginning of 2010, which was met with critical and public acclaim. We are currently in the process of planning an ambitious international project, details of which we look forward to announcing in due course, and are of course very thankful for the support the ITF provides.”

Jane Davidson, Scottish Opera’s Director of Education and Outreach, said:  “Our CPD programme is based on work we have been doing with Scottish teachers for the last five years, and it is wonderful to have the opportunity to share our experience with teachers in China. Scottish Opera animateurs, artists and musicians will work with the teachers to help them find new ways of engaging children across the whole curriculum. Our aim is to help teachers unlock their own creativity as this in turn helps them find and use the natural creativity in their pupils – it’s a more balanced way to enhance a child’s capacity to learn.”

Roy McEwan, Scottish Chamber Orchestra chief executive, said: “This will be one of the most extensive European tours which the Scottish Chamber Orchestra has undertaken in recent years and it will be a crucial step in sustaining and building on our already high reputation in Europe. It will also be an opportunity for the Orchestra and our Principal Conductor, Robin Ticciati to celebrate their exceptional musical achievements on the European stage, showcasing one of the great success stories of music in Scotland. The Scottish Government’s generous support has been crucial in bringing this tour to fruition and the SCO is extremely grateful for the confidence which the Cabinet Secretary and the rest of the Government have shown in our work.”

Cindy Sughrue, Chief Executive, Scottish Ballet, said: “Support from the Scottish Government’s International Touring Fund is giving Scottish Ballet the opportunity to take award-winning work to new markets and to show the world what Scotland can produce. We are extremely proud to be cultural ambassadors through our international touring programme.”