Southampton will be in the global spotlight today (Tuesday April 10) as the world commemorates 100 years since the Titanic tragedy.

Titanic sailed from Southampton on April 10 1912 and events in the city will be dominated by the opening of the iconic SeaCity Museum by Olympic rowing hero James Cracknell.

The events in Southampton begin at noon with a re-enactment of the ship’s departure from the docks, with hundreds of descendants of families involved set to be present in the docks. 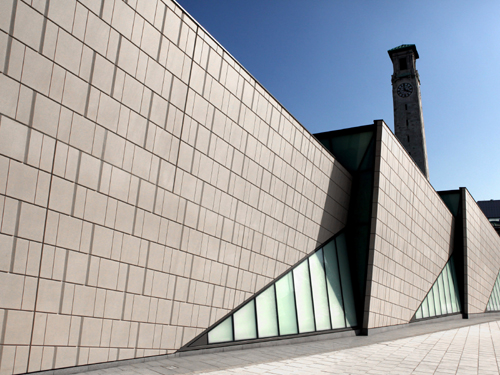 At midday exactly 100 years since she set sail on her maiden voyage to New York, a recording of the ship’s whistle will sound around the port where most of her crew lived.

The focus of attention then moves to SeaCity Musuem with the procession of school children and the opening of the museum by James Cracknell and William and Henry Ward, two children who are descendants of Titanic crew member George Kemish.

Immediately before the opening ceremony will be a procession of more than 600 schoolchildren through the city, who will each hold a placard bearing the name of a Southampton crew member, a poignant tribute to those who lost their lives during the Titanic disaster.

Mike Harris, Senior Manager for Leisure and Culture at Southampton City Council said: “The opening will be a proud moment for Southampton. A huge amount of time and effort has gone into every stage of the museum’s creation, and to have finally reached the point where we can open the doors to visitors is a great achievement.’’

SeaCityMuseum tells the story of Southampton’s crew on the Titanic, and the impact the tragedy had on families in the city. It also features other major maritime led exhibitions, telling the stories of people who have arrived and departed in the city since pre-historic times.

For more information on the SeaCity Museum, please visit www.seacitymuseum.co.uk