SCOTLAND’S record keepers have unearthed a rare letter penned by a Scot exactly a hundred years ago too day as he prepared to board the doomed RMS Titanic.

Robert Douglas Norman, a 28 year-old electrical engineer from Glasgow, wrote the letter from his half-sister’s home in London on April 9, 1912 – the eve of the famous liner’s departure from Southampton.

Addressed to his brother in Canada, the letter described how Mr Norman wanted his estate to be divided in the event of his death. 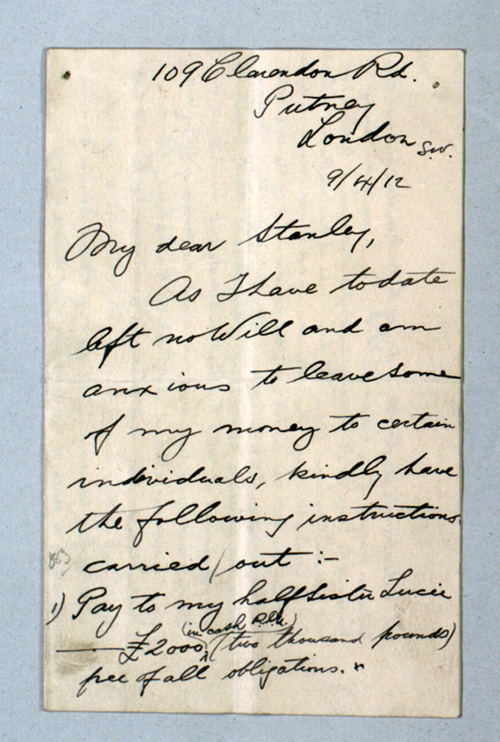 He died when the Titanic sank in the Atlantic Ocean six days later, leaving an estate of more than 8,500 pounds – the equivalent of more than 650,000 pounds today – to his half sister, step niece and cousin.

Mr Norman had been travelling to Vancouver, where he had a brother and a share in some land. He was a second class passenger, paying 13 pounds 10s for his ticket. His body was recovered from the Atlantic Ocean by the cable repair ship CS Mackay-Bennett, and was buried in Fairview Lawn Cemetery, Halifax, Nova Scotia on May 6, 1912.

The National Records of Scotland discovered the rare original letter, and the inventory of Mr Norman’s estate, as part of their work to digitise thousands of paper records for the ScotlandsPeople genealogy website.

The documents will be shown from April 16 as part of a display at the ScotlandsPeople Centre in Edinburgh to mark the centenary of the sinking of the Titanic, which claimed the lives of more than 1,500 people on April 15, 1912.

Speaking ahead of a visit to Vancouver tomorrow as part of Scotland Week 2012, Fiona Hyslop, Cabinet Secretary for Culture and External Affairs said: “This is a rare find which has provided an incredible insight into the life of a young Scot who died in one of the biggest and most famous disasters in history.

“Its timely discovery highlights the fascinating work of the National Records of Scotland and the rich heritage of Scotland’s people and their lives.”

George MacKenzie, Keeper of the Records of Scotland said:  “This is one of those exciting discoveries we make in the archives, a link to a world famous though tragic event.  The letter gives a tantalising insight into the mind of Robert Norman Douglas the day before he embarked on the Titanic, bound for Canada.  It shows how powerfully archives connect us directly to people and events in the past.”

Susan Morrison, Director of ‘Previously…Scotland’s History Festival’, said: “I’ve lived and breathed the Titanic’s story for decades now, and yet a poignant discovery like this can still take my breath away and bring tears to my eyes.  Robert was only 28, with his whole life ahead of him.

“This letter emphasises the human side of that tragedy one hundred years ago. And of course, it makes you wonder – what other wonderful treasures lie in the archives, just waiting to be discovered?” 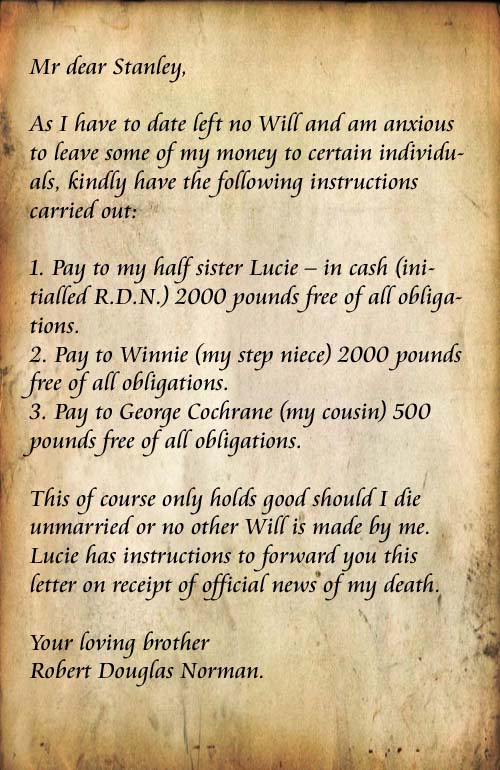