A DISGRUNTLED customer took to his Twitter to complain after Scottish Power sent him a letter addressing him as ‘Mother Humphries’.

Marc Humphries was shocked when he received the welcome letter from his new energy supplier, and complained to friends he had a “deep voice”.

Under his Twitter handel @marctendo, the bemused social media fan complained to friends: “I’d have thought my voice would have been deep enough to not make that mistake. Apparently not.” 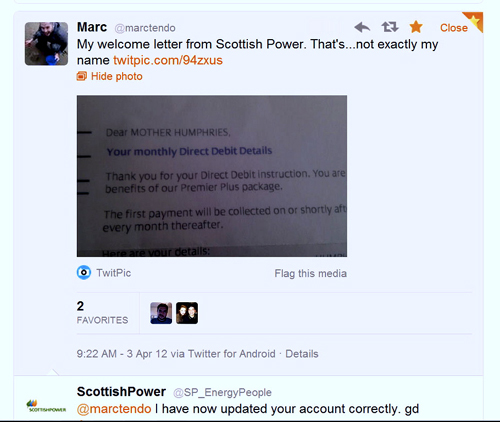 Mr Humphries uploaded the welcome letter to his Twitter page.

When one twitter follower told his friend he had “Just about managed not to guffaw” at his desk, Mr Humphries replied: “I was on the phone to my mom at the time and I was like “whaaaaat”.” 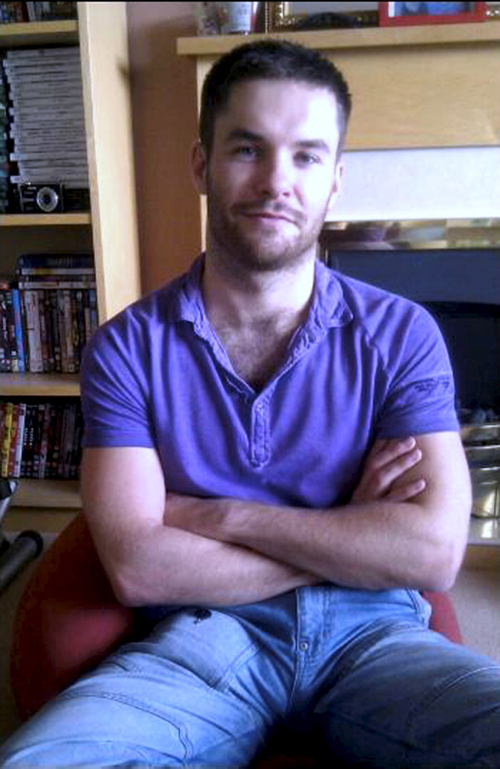 Marc Humphries said he had a “deep voice” to friends.

Scottish Power soon rectified its mistake, and explained that Mother was above Mr in the company’s scroll down menu, the spokesman told him: “I have now updated your account correctly.”