A SET of 14 new stamps has been released today to complete the 26-set UK A-Z.

The stamps, which cover landmarks from M-Z, feature memorable destinations from the four countries of the UK.

In this latest series, collectors are taken on a journey across the UK to famous landmarks such as Stirling Castle, which saw the crowning of the then Mary Stuart as Mary Queen of Scots in 1543, and the spectacular ruins of Urquhart Castle on the banks of Loch Ness. 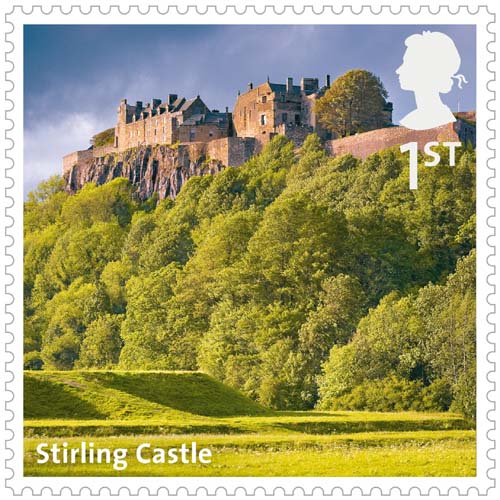 The U-K A-Z  journey began in October 2011, with the launch of 12 1st Class stamps featuring landmarks representing the alphabet from A-L. Edinburgh Castle and the Forth Railway Bridge featured in this issue.

Now the second part of this collection reveals a further 14 landmarks from across the UK, reflecting the breadth and depth of our heritage.

Welcoming the issue of the stamps, Mike Cantlay, Chairman of VisitScotland, Scotland’s tourism agency said: “These stamps show some of Scotland’s iconic locations at their most majestic. Edinburgh Castle, Stirling Castle, Urquhart Castle and the Forth Bridge are huge draws for visitors from all over the world and I am delighted that the Royal Mail has chosen to include them in this very special selection.”

Many of Scotland’s iconic buildings are managed by Historic Scotland including Stirling and Urquhart Castles.

Chief Executive Ruth Parsons said: “Stirling Castle and Urquhart Castle are two of Scotland’s most iconic and instantly recognisable historic properties. They are renowned the world over for their magnificent settings and colourful histories, and rank amongst our most popular sites for national and international visitors. 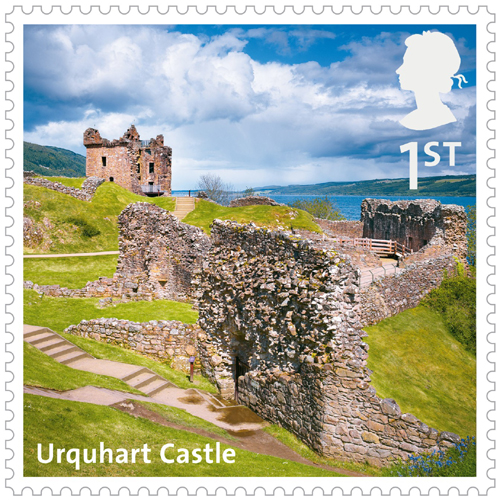 “I am delighted that these wonderful new stamps from Royal Mail will be carrying images of Stirling Castle and Urquhart Castle the length and breadth of the United Kingdom, and joining Edinburgh Castle which appeared in the first batch of the A to Z series.”

Philip Parker, Royal Mail Stamps spokesperson, said: “Our two-part journey around the UK has proved a wonderful reminder of the fantastic number of landmarks we are fortunate to enjoy in the UK. These landmarks represent some of the most important places in the UK’s history and form a huge part of our heritage.

“Selecting just 26 locations from the hundreds we started with was always going to be a difficult task, but we hope wherever you live in the UK, you’ll agree there’s plenty to appreciate on these well-travelled stamps.”