A SCOTS swimmer who was told by doctors that he’d never walk again after developing a chronic spinal condition has been told that he is not disabled enough to compete at the Paralympics.

Jason Ridgley, 18, had trained for over eight months for the London event but was “gutted” when organisers told him that despite having fused vertebrae and metal rods in his spine his condition was not critical enough to allow him to compete.

The Caithness teen suffers from a painful skeletal disorder called Scheuermann’s disease and underwent a gruelling back operation in September 2009. 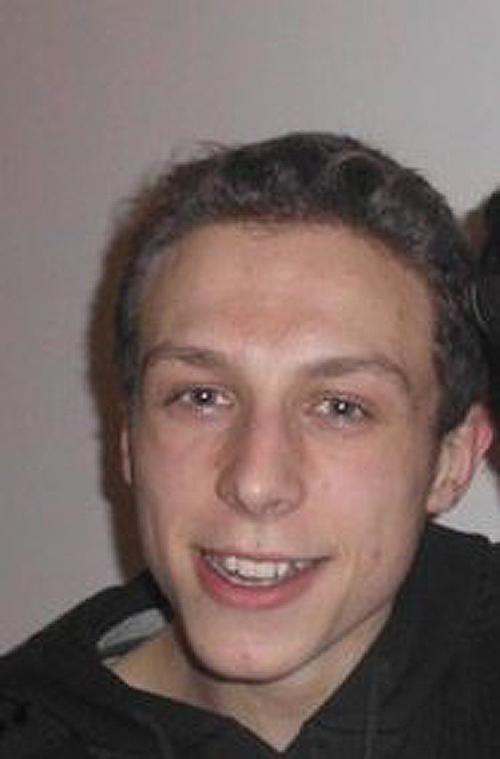 Jason Ridgley developed the condition when he was a child

During the procedure, Jason’s back had to be broken eight times before they fused his vertebrae and placed two support rods in his spine.

After making a rapid recovery, Jason received his disability classification from British Swimming last summer with the hope of competing in the Paralympics.

He then travelled to Sheffieldto take part in the UK-wide disability swimming championship where he needed to set appropriate times to qualify for this summer’s event.

But after a three-hour examination by the International Paralympic Committee, (IPC), he was told the devastating news that he could not compete as a disabled swimmer.

Jason, an engineering systems student, said he was disappointed by the ruling.

He said: “I am absolutely gutted. But it has been an amazing eight months and I have met some wonderful people and incredible athletes, some of whom will remain lifelong friends.

“I’d like to thank everyone, including my coaches and my sponsors, who have supported me.”

The determined swimmer said he has now set his sights on competing against able-bodied swimmers.

“I am going to continue to train and compete as an able-bodied swimmer for now whilst I consider my future in the sport.”

Jason’s parents Anthony, 49, and Jacqueline, 47, feared their son would never walk again after developing the disease.

But after treatment he went on to represent his country and won several awards for Scotland and the UK.

Jason had even set his eyes for the Commonwealth games in 2014 and other big international events until he was told the news. 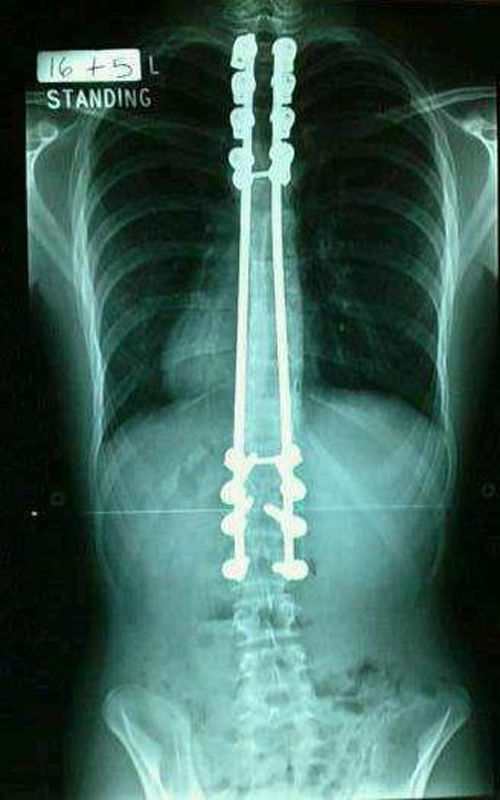 An X-Ray of Jason’s spine

“It was tricky one for the assessors as his restriction in the movement of his spine put him at the bottom of the scale when the first assessment was done.

“They did say this would be reassessed.”

“He’s a good swimmer and it’s something he enjoys so hopefully he’ll continue to compete and challenge himself.”

Scheuermann’s disease, also known as Kyphosis, is a skeletal disorder which causes the spine to grow unevenly and hunched.

It mostly occurs in teenagers but Jason developed the disease as a child.

It caused his bones to soften and eventually his spine became misshapen due to the weight he had to carry.

In some cases, the disease can cause problems to the internal organs and damage the spinal chord permanently.

Treatment for the painful condition includes wearing a back brace and intensive physiotherapy as well as surgery in some cases.